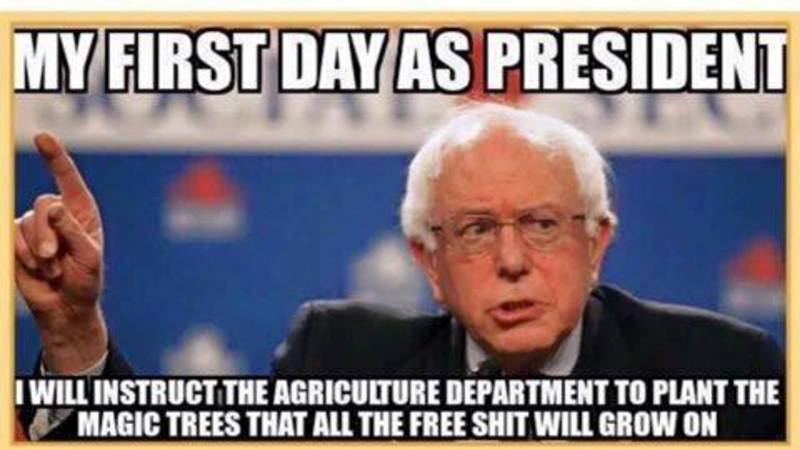 reports a 1941 newspaper blamed weather for the rise of Hitler:

Perhaps one of the greatest oddities of the past Democratic debates was Bernie Sanders insistence that climate change has fueled the growth of terrorism. Apparently we’re supposed to believe that ISIS will lay down their guns once the Earth cools by another degree Fahrenheit.

Mockery aside –  we’re living in the most peaceful times in human history. It may not seem that way because of what we see on the news, but violence has shown an enormous decline over the past few thousand years of human history. This of course occurred while the planet is supposedly becoming ever closer to burning to a crisp, so maybe the link Sanders believes exists isn’t as air tight as he had thought.

But Sanders is no crazier than any global warming alarmist before him. Below is a newspaper clipping from the Mason City Globe-Gazette, whereas an article tries to blame increasing temperature for the rise of Hitler.

I can’t say I’ve ever read Mein Kampf, but if anyone who has can point me to the part where Hitler complains about the temperature I may have to reverse my position.