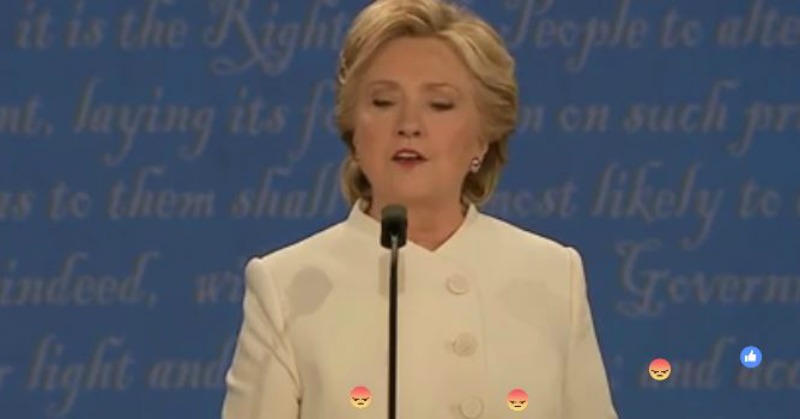 For someone who touts herself as the most prepared candidate for president in American history, Hillary Clinton sure does a lot of dumb things.

During the third and final presidential debate Wednesday night, there was a moment when Hillary began talking about nuclear weapons.

While you watch this, keep in mind that Hillary and the Leftists are suggesting that Donald Trump is too unstable – or dumb, or whatever – to be trusted with the nuclear codes:

No one caught that Crooked Hillary stated on LIVE TV what our NUKE RESPONSE TIME IS 4 MIN??@FoxNews @DRUDGE #debatenight #ChrisWallace pic.twitter.com/QBbbmGkmeL

“Here’s the deal,” Hillary tells Chris Wallace and the entire planet watching live, culled from The Daily Wire, “The bottom line on nuclear weapons is that when the president gives the order it must be followed. There’s about four minutes between the order being given and the people responsible for launching nuclear weapons to do so.”

So effectively, while calling out Trump for being “casual” about the use of nuclear weapons, Hillary Clinton literally told the entire world what our response time is to prepare for nuclear attack.

As IJR reports: “This four-minute figure may be “out there,” but it’s certainly alarming how casually Hillary Clinton talks about sensitive matters of national security.

“Almost as sloppy as hosting a private server without government security and transmitting classified and sensitive material via email.”