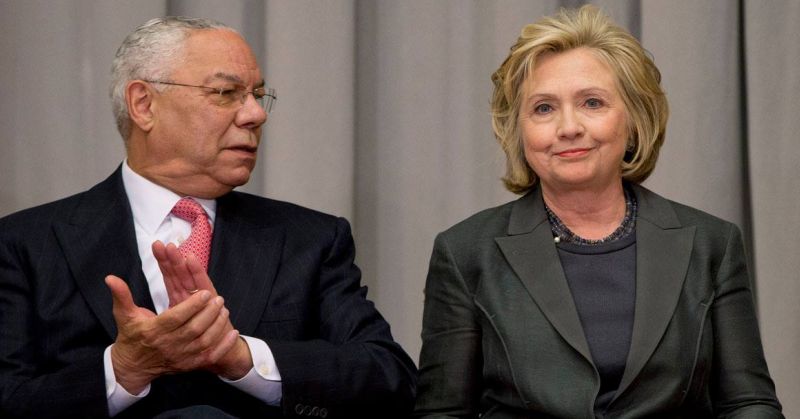 Hillary Clinton is great at games. Especially the blame game. Let’s shrug off accountability and point the finger. An extraordinary characteristic for a presidential candidate.

But that’s what Clinton did as she once again attempted to dodge the notorious e-mail debacle (you know, the one when Clinton used her private e-mail server to handle sensitive security issues). Only this time, she blames Colin Powell and it backfires.

In an FBI interview, Clinton alleged that General Powell offered her advice in her first days as Secretary of State and recommended she use her personal e-mail account to improve efficiency and communication.

As the Washington Free Beacon reports:

“General Powell has no recollection of the dinner conversation. He did write former Secretary Clinton an email memo describing his use of his personal AOL email account for unclassified messages and how it vastly improved communications within the State Department. At the time, there was no equivalent system within the department. He used a secure state computer on his desk to manage classified information. The general no longer has the email he sent to former Secretary Clinton.”

He has no recollection. No recollection usually occurs when nothing actually happened. A decorated 4-star general did not encourage a green Secretary of State to use her personal e-mail account for classified material?

Sounds like a three year old, not presidential material.