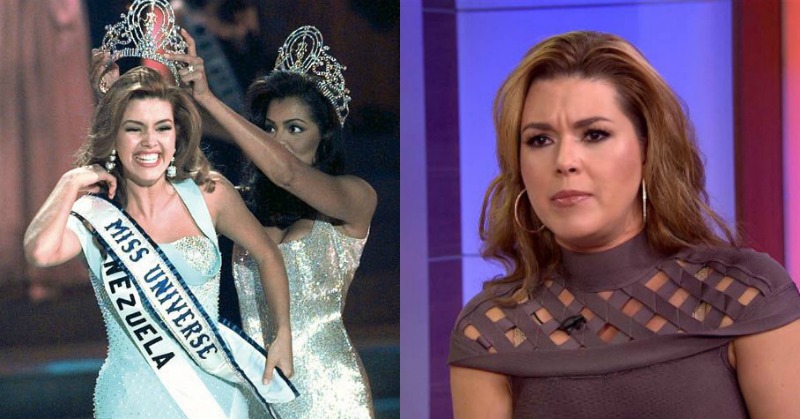 Democrat presidential nominee Hillary Clinton accused GOP nominee Donald Trump of fat-shaming former Miss Universe Alicia Machado years ago after the beauty pageant winner gained a significant amount of weight, in one of the most disgustingly ironic exchanges of the night given Clinton’s history.

The New York Daily News, normally a pretty left-leaning publication, ran a piece that pointed out an important aspect of the whole ridiculous discussion: if you choose to enter a pageant, or otherwise make your body your work-product, it’s not “fat-shaming” for someone to criticize it.

Trump has claimed that he did not make the disparaging comments in question, but even if he did, so what? Machado signed up and won a beauty pageant that required her, likely contractually, to maintain a certain physical standard.

Stasi wrote: “Once you make the decision to be no more than the shell you were lucky enough to be born with — whether that’s as a model, a beauty contestant, or even a stripper — your body becomes your career and therefore you take care of it the way a race car driver takes care of her car or an athlete takes care of her muscles.”

Whether you think pageants are good or bad, it’s important to follow the logic here. As Stasi pointed out, it’s pretty hypocritical to complain about Trump’s alleged comments when you signed up to be judged on your appearance.

In all this absurd hypocrisy the important point was lost: Clinton said far worse when she bullied and maligned the women her husband allegedly raped, assaulted, and harassed.

Clinton, the so-called champion of women, also put a 12-year-old rape victim through hell in court as she maligned her character after she was brutally raped by a middle-aged man — whom Clinton was representing as the monster’s defense attorney.

Who gives a rip whether or not a woman, who chose of her own agency, to make her body her work product and now wants to whine (without proof) that the owner of the pageant allegedly called her out for not holding up her end of the bargain?

It’s incredibly sad that this is what people are concerned about, not the alleged rape, assault, and harassment (not to mention the adultery and abuse of power) by former President Bill Clinton, and Hillary Clinton’s disgusting treatment of these women and her actions as a lawyer.

This is nothing more than smoke and mirrors facilitated by a pathetically politically correct, social justice culture that cares more about calling a woman “fat,” even if she is and her career choice requires that she not gain too much weight, than they do about real abuses of women.