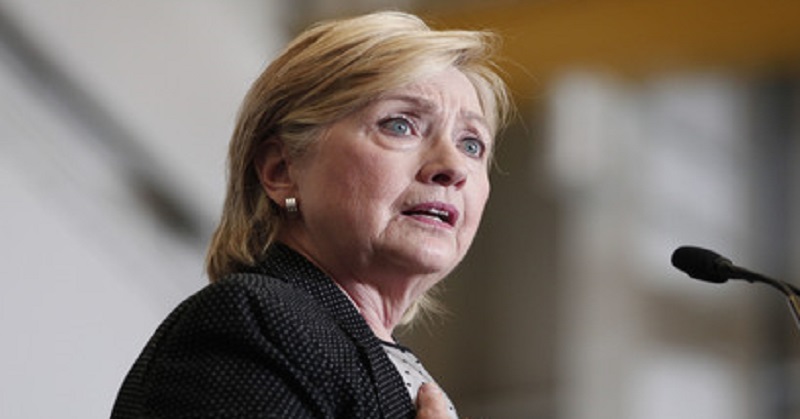 Here’s a little role-playing you can do from the comfort of your own home:

Let’s pretend you’re being questioned by the FBI about your job – about things you need to know. You’re asked a question that you don’t know the answer to, so you say: “I don’t recall.”

Then you say it again: “I don’t recall.”

And why not? Why can’t you remember pertinent facts about your job more than three dozen times? Because you fell down and bonked your head. And now you can’t remember things.

Folks, this is the woman who wants to be leader of the free world.

On July 2, the FBI interviewed Hillary Clinton about her handling of classified information.

She was asked “whether or not she was aware of the propriety of using her unclassified system to discuss.” She couldn’t recall.

She was asked if she ever received any training about how to handle classified information. She said no. But there’s a paper trail showing she says she did. Then the FBI report states:

“However, in December of 2012, Clinton suffered a concussion and then around the New Year had a blood clot (in her head). Based on her doctor’s advice, she could only work at State for a few hours a day and could not recall every briefing she received,” the report said.

When she couldn’t answer a question, or when “I don’t recall” didn’t cut it, she resorted tototal bullshit.Likethis little dittywhere she tries to pretend she doesn’t know “(C)” means “classified.”

“When asked what the parenthetical “C” meant before a paragraph within the … email, Clinton stated she did not know and could only speculate it was referencing paragraphs marked in alphabetical order.”

What? When are paragraphs in a memo written in alphabetical order? What kind of nonsense is that? When she said that, did the agents laugh? Did their eyes roll out of their heads? That’s Grade-A Bullshit right there, folks.

While she was senator, Hillary Clinton was on the Armed Services Committee. Did she think all those classified documents she reviewed then were merely a really neat way to alphabetize paragraphs? Does she expect us to believe that?

Does Hillary Clinton think she can say these things and nobody is going to care? Is she so sure she’s going to win that she isn’t even pretending to try?

And isn’t this all the dictionary definition of reckless?