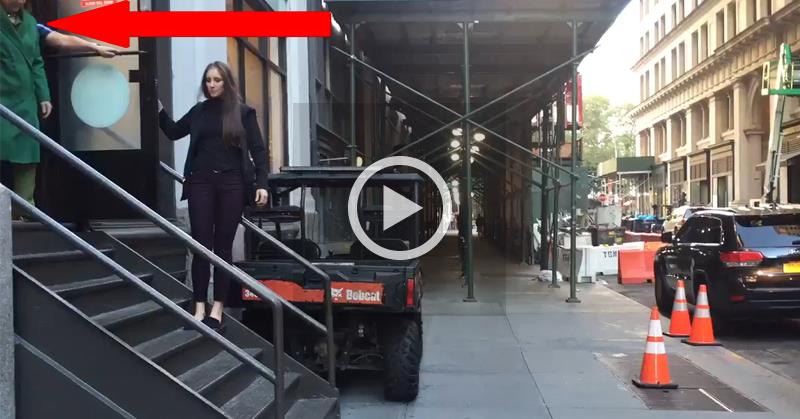 Watching Democrat presidential candidate Hillary Clinton slowly navigate down a flight of stairs as several staffers stand by to assist is like watching one of those 90s commercials where the grandpa or grandma falls to the ground and exclaims, “I’ve fallen, and I can’t get up!”

Except that in this particular instance, the grandma never fell, though she certainly looked as if she might topple at any moment.

Take a look, and hold your breath:

It looked as if even the slightest mistake by the Democrat candidate would have sent her tumbling down those stairs.

Kind of like this, minus the patriotic t-shirt, since we all know how much Clinton seemingly loathes America:

Note also how Clinton waited until she reached the very bottom of the steps to respond to the ABC News reporter who was questioning her.

She was too busy literally watching her every single step, making sure she landed her feet just right.

This might sound like a silly question, depending on how you perceive it, but how can an individual who can barely make it down a flight of stairs manage the litany of issues, events, wars and whatever else that a president must handle?

Just imagine her trying to sashay down the Air Force One stairs on her way to meet President Vladimir Putin — and then her suddenly losing her footing, tumbling down the stairs and landing right on the guy.

As far-fetched as that scenario might sound, it really could happen, especially given Clinton’s ongoing health issues, as well as the numerous other examples of her being a clumsy wreck.

Take for instance this video:

I am not certainly when exactly this video was recorded, but my dear God in heaven…

Plus, check out the following picture, which I know for a fact was snapped earlier this year: 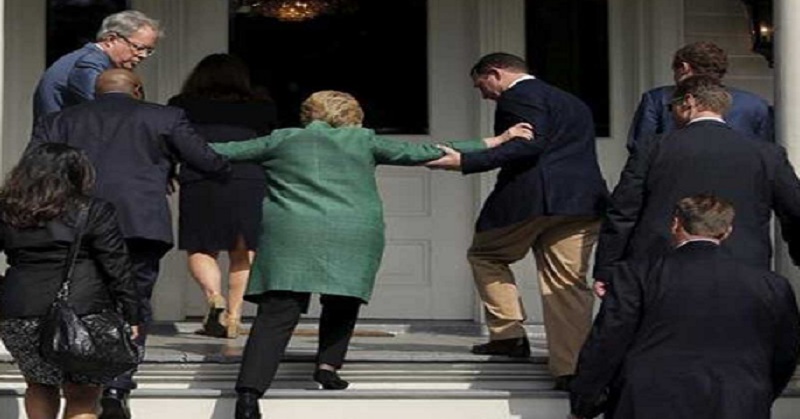 This woman is a wreck — a barely-walking wreck who really should not be running for office.

If anything, Hillary Clinton ought to be in a nursing home somewhere, not that there’s anything wrong with being in one!