Maybe they start hitting the chardonnay early in Chappaqua.

Former Secretary of State Hillary Clinton, the woman who once asked a congressional committee if it mattered why four Americans died at the hands of an Islamic mob during the 2012 attack on U.S. diplomats in Libya, decided to take to Twitter on Monday morning with a weighty take on the November presidential race.

But if she was trying to pick a ground to attack President Donald Trump, she could hardly have chosen worse.

“We deserve a president who cares whether his fellow Americans live or die,” Clinton wrote in a tweet that lacked a link to explain the context — giving the impression that it just popped into her head on the back porch (maybe just after she’d popped the cork off another bottle of the vino she’s been known to imbibe).

We deserve a president who cares whether his fellow Americans live or die.

Even giving the failed Democratic presidential candidate the benefit of the doubt and presuming she might have been taking a cheap shot at President Donald Trump and the nation’s death toll from the Wuhan virus pandemic, the jaw-dropping arrogance is astounding.

And it didn’t go unnoticed.

This is a woman who served as the Obama administration’s chief diplomat for four years — and displayed not only a complete disregard for her country’s laws (in the email scandal that probably killed her chances of the presidency) but also, in the case of the Sept. 11, 2012, attack on the American diplomatic post in Benghazi, a shocking lack of feeling over the death of an ambassador, a State Department staffer and two CIA operatives who were also former Navy SEALs.

Those four deaths were far from the only American casualties resulting from the Obama administration’s criminal incompetence — Border Patrol Agent Brian Terry, killed by a weapon lost in operation “Fast and Furious,” and Islamic State group kidnap victim Kayla Mueller leap to mind.

But Ambassador Christopher Stevens, State Department public information officer Sean Smith and CIA security contractors Tyrone Woods and Glen Doherty became the very public faces of the Obama administration’s political obsessions when their deaths at the hands of Islamic terrorists became the subject of repeated lies from the administration.

And it was during a Senate Foreign Relations Committee hearing on those lies in 2013 that Clinton committed her now-infamous outburst.

“The fact is, we had four dead Americans,” she told Republican Sen. Ron Johnson of Wisconsin. “Was it because of a protest? Or because of guys out for a walk one night decided they’d go kill some American? What difference, at this point, does it make?”

Well, it made quite a bit of difference to the Obama White House, such a difference that it choreographed the lie told by then-United Nations Ambassador Susan Rice that the mob was infuriated by an internet video no one had seen. (With a re-election bid at stake, the Obama team couldn’t afford to let Americans know dangerous terrorists hadn’t been placated by four years of appeasement.)

It made a difference to Americans who cared about not only the lives of their fellow citizens but also about the disastrous global position that four-plus years – at that point – of President Barack Obama’s fecklessness had put the country in.

And it made a difference to many, many Twitter commenters who showered a humiliating cascade of responses on Clinton’s ill-thought tweet.

Did you or Joe Biden care about the Americans in Benghazi?

That’s why you were rejected.

Now do rioting, arson, looting and murder in all of the Democrat-led cities, Hillary. pic.twitter.com/E6KXK4aKXp

There’s no denying that the numbers of American dead from the coronavirus pandemic have been appalling. There’s also no denying that at least some responsibility for those deaths has to be shared by governments at all levels (like, say, New York Gov. Andrew Cuomo’s decision to force nursing homes in his state to accept coronavirus-infected patients, who ended up infecting thousands more).

For Hillary Clinton, or any Democrat, to attempt to argue that Trump’s handling of the coronavirus indicates he doesn’t care whether Americans live or die is beyond wrong — it borders on the pathological.

Before the coronavirus hit, Trump’s administration had seen improvements for American lives by demonstrable standards that mean something – record-low unemployment, for instance.

His foreign policy has been aimed at wiping out the country’s enemies where possible – the savages of the Islamic State and their hideous “caliphate,” Iranian Gen. Qassem Soleimani – and arranging peace agreements between Israel and Arab countries such as the United Arab Emirates and Bahrain.

All of that will lead to a safer world, and invariably fewer American deaths, whether military, diplomatic or civilian.

The fact is, while Trump has been attacked relentlessly by congressional Democrats and their incestuous allies in the mainstream news media and entertainment culture, his term in office has been one that puts America first — and that very much includes American lives.

That should be a sobering fact for Democrats heading into the November election. Maybe it will even help in Chappaqua. 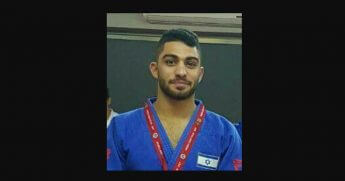