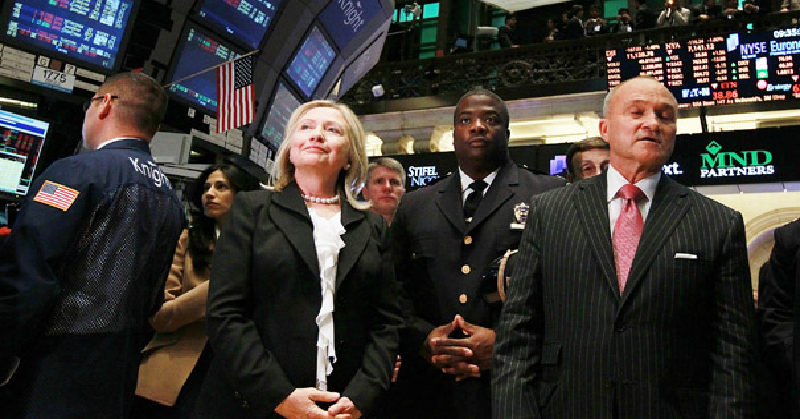 Like everyone else on the left, Hillary presents herself as an enemy of the financial industry.

We hear all the usual rhetoric over taxing hedge fund managers and billionaires without substance – and she’s even called for breaking up the big banks.

I guess when it comes to financial mischief it takes one to know one.

Hillary Clinton has a forgotten financial controversy of her own dating back over two decades ago.

The White House said today that in 1978 Hillary Rodham Clinton invested $1,000 in commodities futures and that the investment grew in 10 months of trading in the notoriously volatile market into a gain of nearly $100,000.

Seeking to dispel suggestions that the trades were risk-free and improperly arranged by an Arkansas lawyer who represents one of the state’s most powerful companies, the White House issued a statement this afternoon that said the First Lady had put up her own money and that she bore all of the financial risks in a marketplace where three out of four investors lose money.

The officials also released a year’s worth of brokerage statements from one of Mrs. Clinton’s two accounts. They show winnings outrunning losses about three-to-one. ‘Too Nerve-Racking’

So what’s the probability of her feat? According to one study published in 1994, about 1 in 31 trillion. A few possible explanations exist for the “success”:

Let’s step back for a second and say that there was no wrongdoing here – that Clinton just got lucky.

Does she really have any right to attack the supposed “culture of short-term speculation” as she often does, considering she’s one of its luckiest beneficiaries?