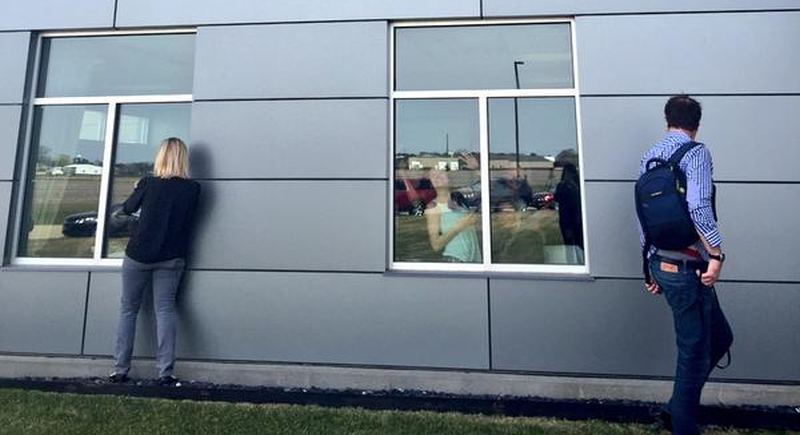 Hillary Clinton claims she went to Iowa’s Kirkwood Community College to meet “everyday Iowans.” But if students had classes along Hillary Clinton’s walking path when she visited their campus Tuesday they were put on lockdown!

Organizers told us that the hallway where Clinton enters would be locked down. It apparently affecting the classrooms along her path.

Erika Smalley, a Kirkwood Student, tweeted this photo of the students locked down in their classrooms.

Students tell us that they are locked in their class at the Iowa college Hillary is visiting right now. pic.twitter.com/d89u7JAxpz

Yet the Clinton campaign claims the visit to the school is to meet “Everyday Iowans.”

On First Trip, Hillary to have Conversations with Everyday Iowans

Hillary Clinton will make her first trip to Iowa on Tuesday, April 14, and Wednesday, April 15. It will be the first of many conversations with Iowans about how to make the economy work so everyday Americans and their families can actually get ahead and stay ahead.

Thoughout her life, Hillary has been a tenacious fighter for children, families and middle class American families.

What do you think about this further example of Hillary Clinton’s hypocrisy and lack of desire to actually meet with, and listen to, ordinary people?