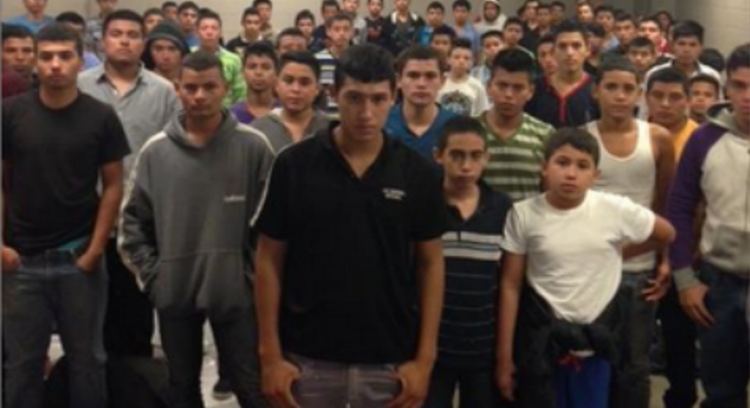 You read that right, the headline is real. You have not awakened in an alternative universe where reality is reversed. This is exactly what’s happening. Eric Holder is using money meant to secure the border to pay for lawyers for illegals to help them avoid deportation. In effect Holder is telling illegals to come faster!

Cross the border with no worries. If you get caught we’ll provide you with a lawyer to help you avoid deportation and help you secure permanent status.

President Obama and Attorney General Eric holder are flooding the country with illegals in an attempt to permanently change the demographics and politics of our country.

Democrats want to be the party of the poor so they are doing everything they can to create more poor people in America.

Texas is being overrun by illegal aliens at the highest rates in U.S. history. More than 47,000 unaccompanied minors have been caught in the first five months of this year, a 92% increase over the same time period in 2013 . Obama is also dumping thousands of those illegals into Arizona, as payback for the crackdown on illegals by Gov. Jan Brewer and Sheriff Joe Arpaio.

The Obama Administration is working hand-in-hand with Central American governments to engineer this deliberate, unprecedented invasion of illegal aliens. La Raza groups are spreading the word that Obama will sign administrative amnesty. And nations like El Salvador and Honduras are urging women and children to make the grueling trek to cross the U.S. border, because Obama will never deport them, and they can receive jobs and taxpayer-funded welfare for life.

Obama has requested $2 billion — not to deport the illegals from this unprecedented invasion — but to house, clothe and feed them, and even deliver them to relatives already here illegally, so they can stay here indefinitely.

And now Eric Holder, who is supposed to be the highest law enforcement official in America, is unleashing a new lawless program to actually provide taxpayer-funded lawyers to these invading illegals — to make sure they will never be deported by an immigration judge. And Holder is grabbing $2 million of a $315 million fund that is supposed to help secure the border, not make a mockery of border security.

Why would Republicans ever agree to work with this President on immigration reform, or anything else, when he has proven himself unwilling to enforce or obey the law?