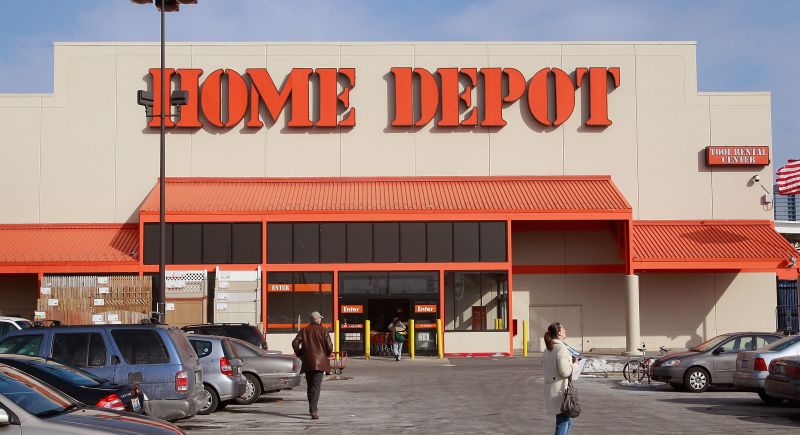 The radical Muslim group CAIR (Council on American Islamic Relations) has once again managed to move their agenda forward getting Home Depot to agree to force employees of a Michigan store to go through “cultural awareness training” about their religion and culture.

In other words, they’re being forced to learn how to treat Muslims differently from the rest of their American customers.

Via Joe For America:

A Home Depot in Dearborn MI was the latest victim succumbing to the demands of an organization that shouldn’t be in existence in the United States of America. An American company, Home Depot, gets over powered by the Muslim Brotherhood terror linked organization CAIR.

The employees will be subjected to cultural awareness training. CAIR states this will help them accommodate the religious sensitivities of the Muslim employees and customers. Corporate and Managers gain a better understanding of Muslims and will be taught about Islam. 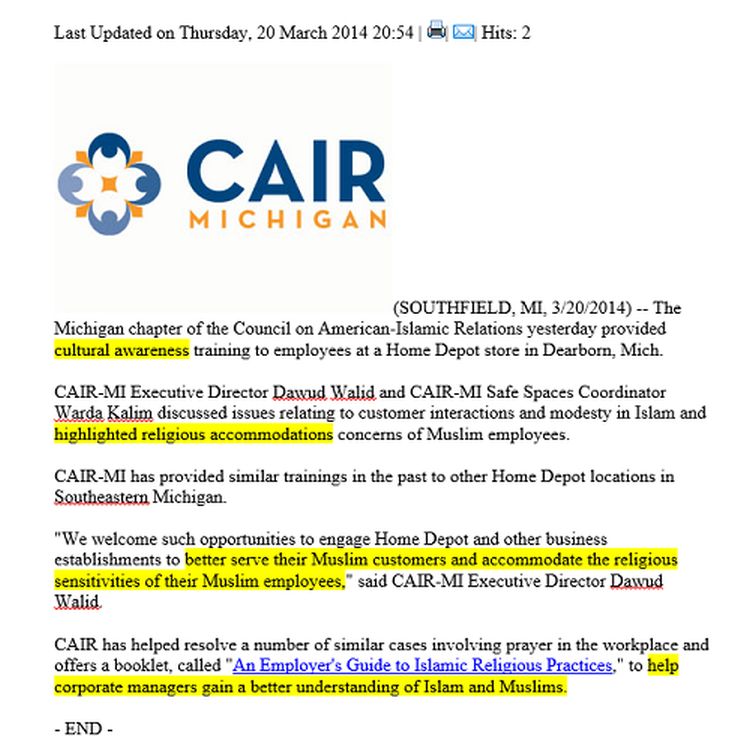 The Young Conservatives has more:

One would think that a business would have a strong desire to serve ALL of its customers to the best of its ability, not single out one group of people to extend extra courtesies to.

CAIR is a dangerous organization that has known ties to several radical terror groups. It’s obvious they’re trying to influence America to be more accepting of their culture as a means of slowly, bit by bit, integrating Sharia law into our legal system and way of life.

Radical Islamists are simply walking through the front door thanks to liberal political correctness, putting us not only in danger of terror attacks, but also of losing our freedom.

While home Depot is a private business and can do whatever they wish, does the fact that they are now going to start treating Muslim customers differently than you or me make you more or less likely to do business with them?