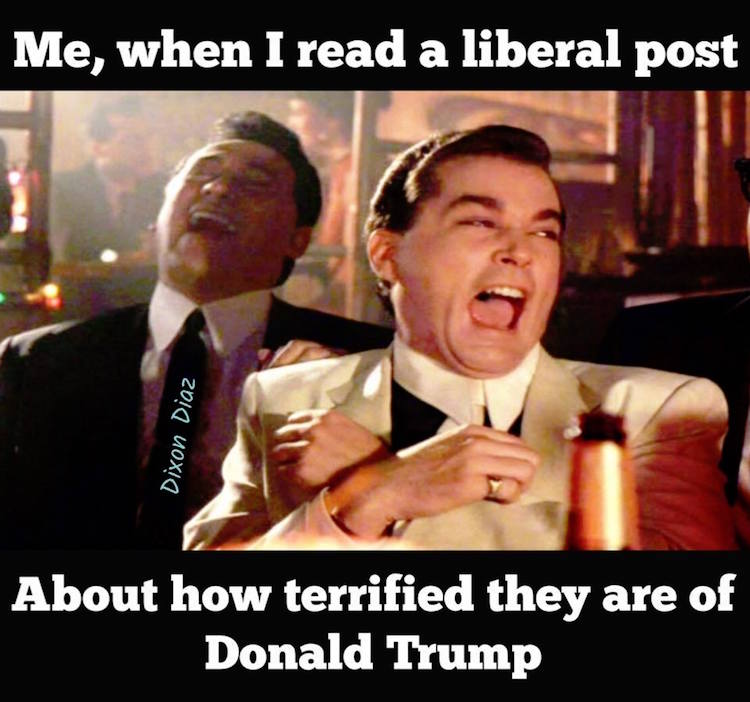 C.E. Dyer writes that the liberal meltdown over President-elect Donald Trump’s victory has been pretty delightful. To watch them unravel and expose themselves in epic proportions as the bigots we all knew them to be has been fun; and to think, Trump hasn’t even been inaugurated yet!

The latest Leftist freak out has a bunch of Hollywood celebriturds talk singing Gloria Gaynor’s “I Will Survive,” in response to Trump’s win.

Watch the epic liberal meltdown below:

The best part is the end when a woman off camera screeched “Ah, that was amazing,” in a stunning example of the participation trophy culture that can’t lower the bar any further, so they just went ahead and threw it out.

The video from W: Magazine has the following description on YouTube:

“This is going to be interesting,” says actor Andrew Garfield. “It may get too real.” With the inauguration fast approaching, an all-star cast of Hollywood celebrities come together to improvise the 1979 hit “I Will Survive.” Among those channeling their inner Gloria Gaynor are Emma Stone, Natalie Portman, Amy Adams, Matthew McConaughey, Chris Pine, Hailee Steinfeld, Felicity Jones, and Taraji P. Henson, the stars of the season’s finest films, and of W’s annual Best Performances portfolio.

Funny, I don’t recall conservatives acting this way when President Obama was elected.

I do remember conservatives calling him out for the destructive things he would do — many of which came to fruition — and the Left calling them racists for pointing out the facts.

This hysterical, unhinged reaction from the Left hopefully opens the eyes of any Americans who weren’t already aware that the ideology of the Left consists of little more than bigotry and ignorance.

But hey, keep it up Leftists because it’s this kind of crap that lost the Democrats the election — not to mention it’s far more entertaining to watch these meltdowns than much of what Hollywood produces these days.