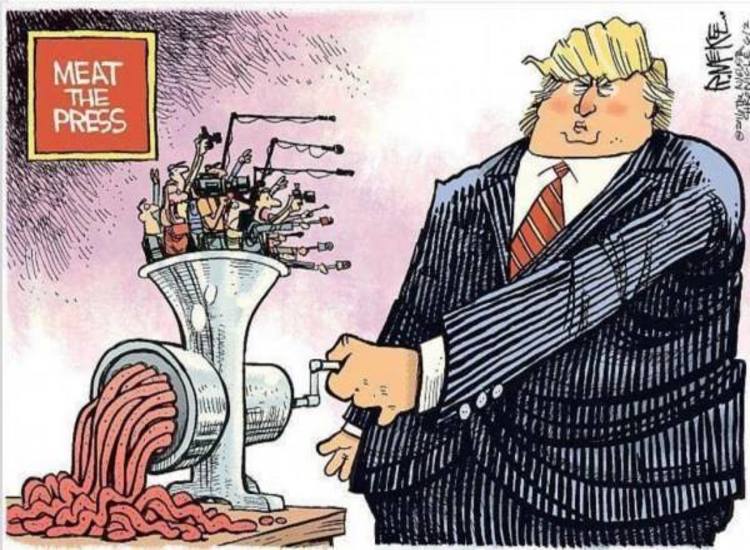 Robert Gehl reports to say Donald Trump took Washington and the liberal media by surprise is an understatement.

Still reeling from a campaign they eviscerated to an election they never predicted, they’re off their heels and spitting back like a cornered cat.

Their coverage of the inauguration was over-the-top with images and video of the protesters. Take a look at how they converge on this tipped over garbage can and tiny fire that one protester set: 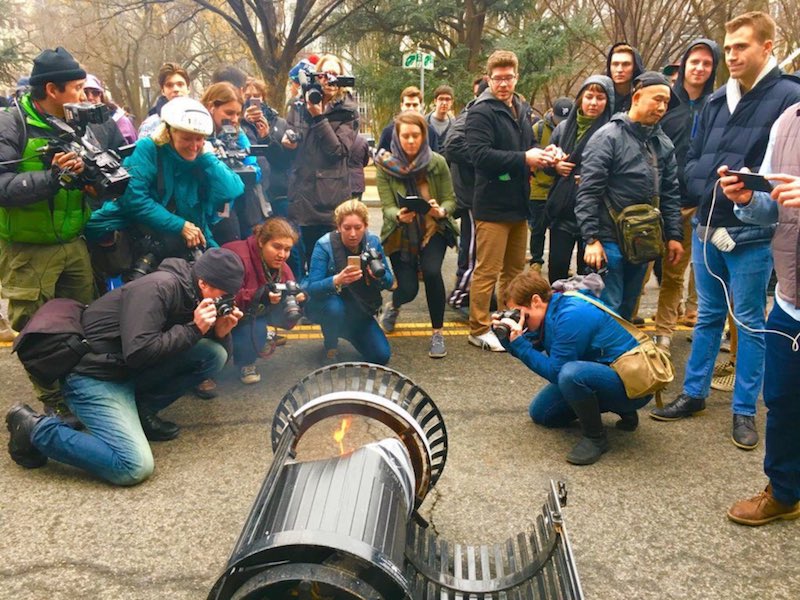 They’re angry, confused and whiny … boy are they whiny.

So, courtesy our friends at LifeZette, here ar the eight most “unhinged -inaugural meltdowns.”

The leftist website titled a column “The butcher’s bill has come due: President Donald Trump is about to victimize his own voters” which tells you all you need to know about what you’re about to read.

Author Chauncey DeVega actively wishes pain on Trump supporters. “Our new president’s supporters are likely to suffer from his regressive policies. My compassion is limited,” DeVega wrote. “This is my version of liberal Schadenfreude — with slightly more hostile intent.”

The network that owns the disgusting site BuzzFeed was terribly worried about the welfare of Hillary Clinton, especially when some of the crowds turned a bit negative toward her. On “Today,” Matt Lauer was really worried that Hillary might hear a cross word.

“They’re going to look up on that podium, or next to it, and see Hillary Clinton,” Lauer fretted. “And what are the fears that they may react in a vocal way toward her, mimicking some of the things that have been said during the campaign? And I think you know what I’m talking about.”

Lauer couldn’t say the words … they were too triggering. The words are: “Lock Her Up.” And yes, they did chant them, and no, Hillary didn’t go into a seizure.

Another leftists webzine, Slate was praying that Donald Trump would fail. Writer Yasha Mounk said that his fellow liberals don’t need to hope for impeachment. Trump may be such a massive failure that he’ll be beaten in 2020.

“And, yes, there is a good chance that Trump will corrupt the American republic in lasting ways. But there is also a chance that this scary story will ultimately have a happy ending,” he wrote.

The political site that usually pretends to play it middle of the road (while still attacking Trump) went batshit crazy with their article titled “Trump’s Transition of Untruths, Exaggerations and Flat-out Falsehoods.”

They claimed the entire campaign was rife with factual inaccuracies, then went on to list 82 things – eighty two – that they claim are false. Compiling that list must have taken a long time.

Chris Matthews went off his rocker Thursday night by trying to scare America that Trump will have his finger on the “nuclear trigger.”

His guest, The Washington Post‘s Catherine Rampell agreed that Trump having the nuclear codes “is somewhat terrifying to me, given that Trump does not have the greatest impulse control and when he says that he gets attacked, he punches back.”

Columnist Vicki Divoll flat-out announced that if Trump’s agenda is seen through, he will be murdering people.

Make no mistake, if Mr. Trump’s ‘agenda’ is successful more, not fewer, Americans and innocents around the world will suffer or die, and none of us will be safer.”

No list of unhinged liberals is complete without everybody’s favorite leftist economist. Early yesterday morning, he tweeted his fear:

The “new media” website, which swings as far left as you can go without breaking the glass, wasted no time bashing Trump, all former presidents, and the entire country: “Donald Trump today sets out to make America great again. But what if it was never great?”

Author German Lopez ponders: “America may be great someday, but it has never been there and is not there just yet.”