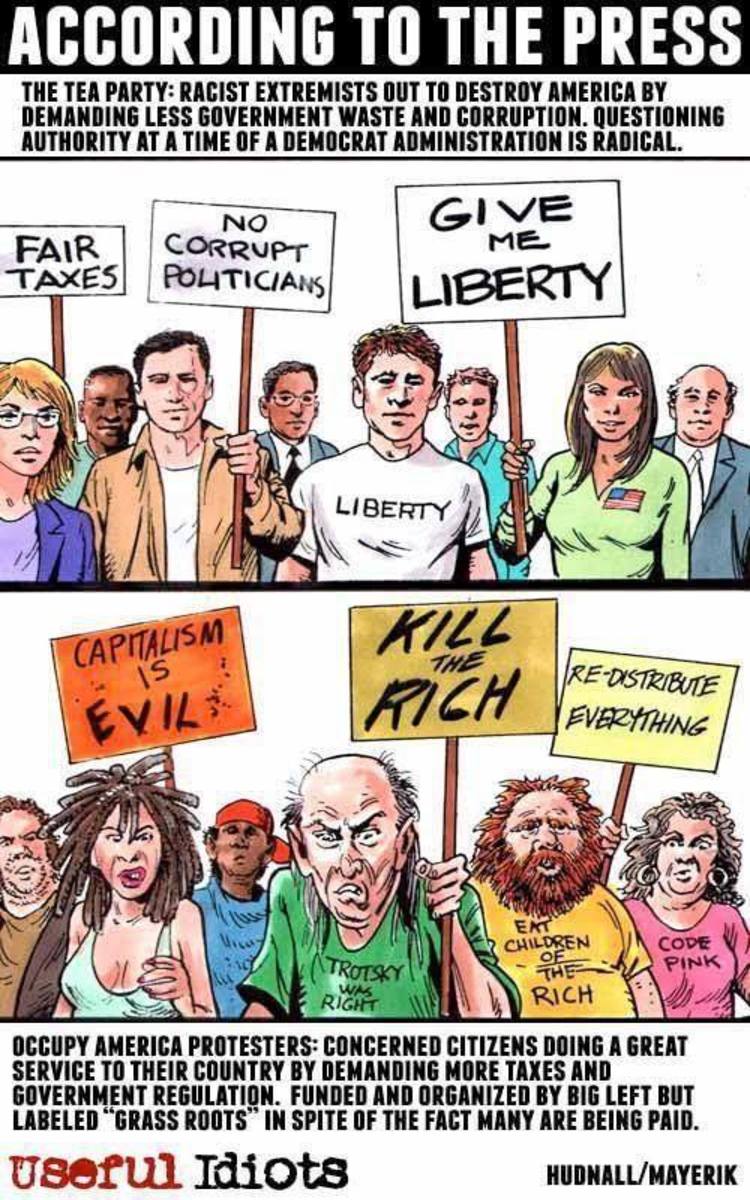 Kimberly Morin reports the left is constantly slamming those in the 1% – people making around $300,000 per year and up – because they despise people who earn a lot of money.

Of course, they complain about these people who work hard and earn money but they never provide the fact that these people also pay the majority of taxes.

Ever since President Obama started running for president in 2007, there has been a debate about how much tax rich Americans pay and whether they should pay more. 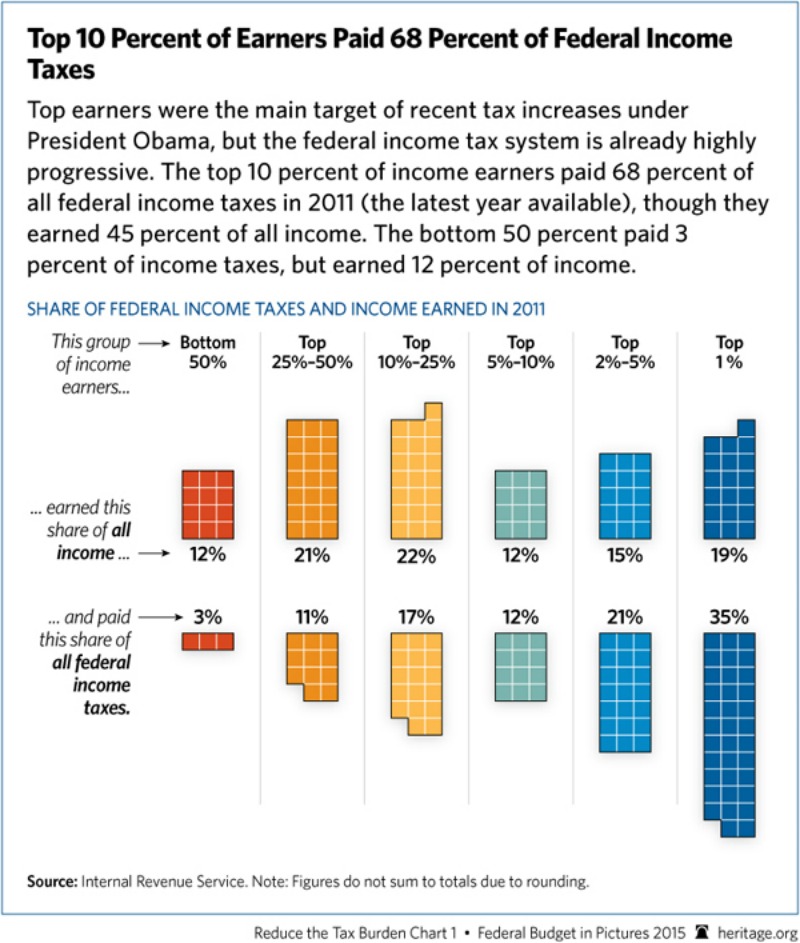 here is a new chart that shows the burden of all federal taxes, including individual income, corporate income, payroll, excise and other miscellaneous taxes: 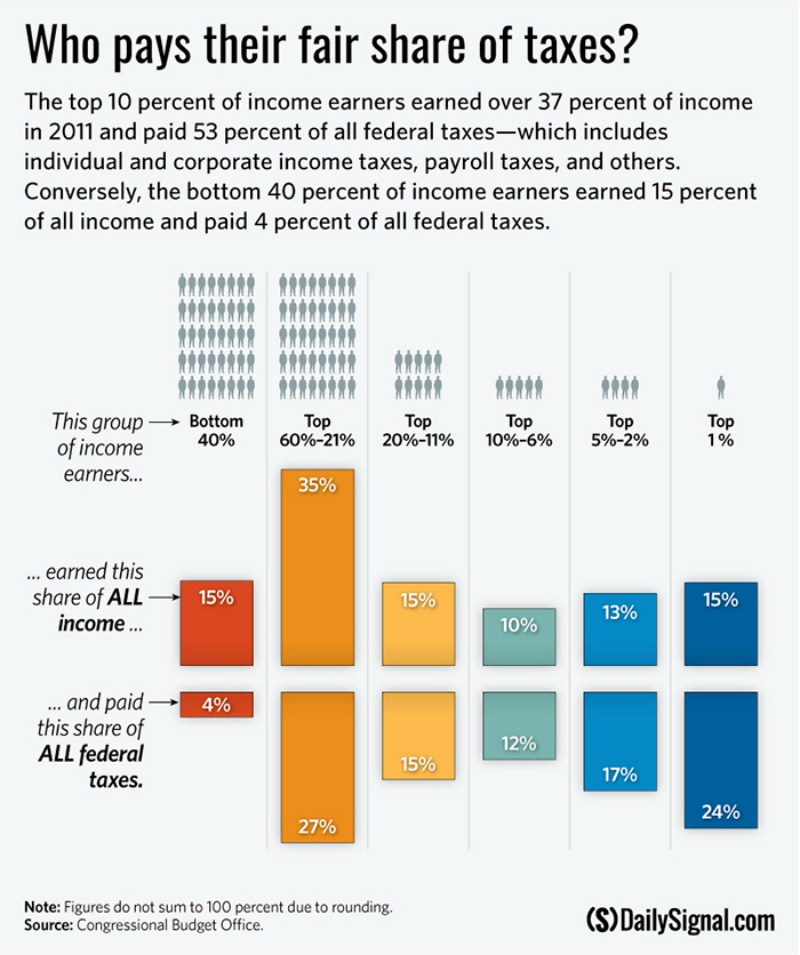 The top 10 percent pays 53.3 percent of all federal taxes. When looking at just federal income taxes, they pay 68 percent of the burden.

And when you look at who the ‘rich’ are – the top 10% includes people who make around $100,000 a year and up. Hardly a lot of money in some places like New York City, Boston, or San Francisco.

Unfortunately, the left can never be honest about taxes because it would be a complete buzzkill to their ‘take more money from the rich’ b.s.