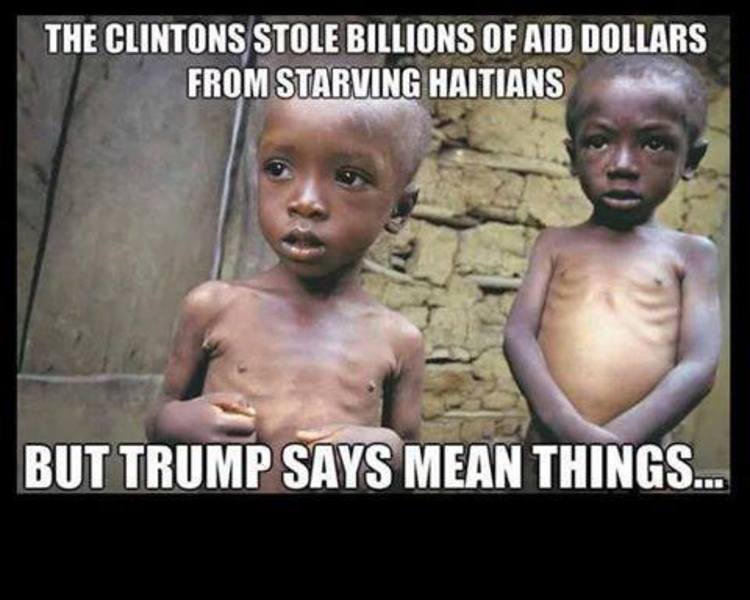 Kimberly Morin reveals well now this may shock some of you…not. The Clintons gave the majority of their “family charitable donations” to…

If you guessed “The Clinton Foundation,” you would be right.

From the Washington Free Beacon:

Nearly 60 percent of the charitable giving last year by Hillary Clinton’s family charity wound up at the Clinton Foundation, according to tax returns obtained by the Washington Free Beacon.

According to a review of the Clinton Family Foundation’s 2015 Form 990 provided to the Free Beacon by the assistant of Clinton’s tax lawyer, the Clintons disbursed $2,630,500 to charities last year from the family foundation. These donations include $30,000 to Yale University, $50,000 to Georgetown University, $20,000 to the Wildlife Conservation Society, and $25,000 to Hippy USA, among others.

This is a foundation that has done mostly nothing to help anyone in need, especially those who they claim to help like the devastated in Haiti or poor people in other countries. This was documented quite thoroughly in Peter Schweizer’s “Clinton Cash”:

There have been many questions raised about the Clinton, Foundation but no answers have been given and there won’t be a release of documents for a couple more years. No accountability for the Clintons; they are Democrats, after all.

Of course, Hillary, Bill, and Chelsea Clinton sure do seem to have reaped the rewards from this “charitable” foundation, as have many of their business associates…