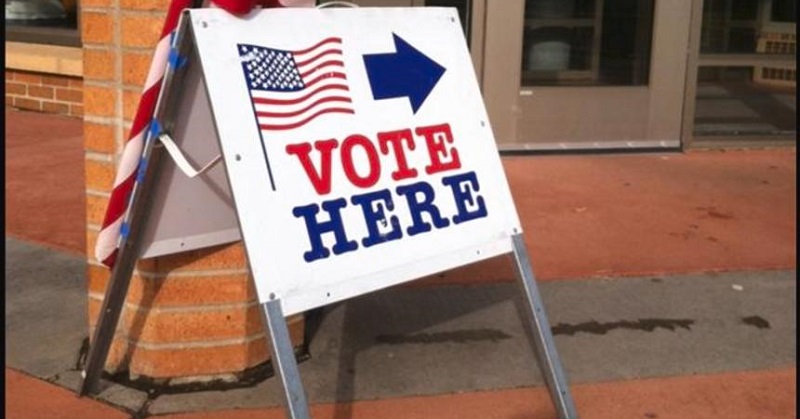 A shocking investigation from election watchdog groups has revealed that there are hundreds of non-citizens who are registered to vote in the Commonwealth of Virginia, a key electoral swing state.

For decades, Virginia was a conservative stronghold, but the last two election cycles have caused analysts to reclassify the Commonwealth as a swing state. Its 13 electoral votes are certainly nothing to discount.

In 2012, Virginia favored Barack Obama over Mitt Romney by 3 percentage points. Obama received 50.8% of the vote, and Romney received 47.8%.

The Commonwealth Attorney General elections were determined by fewer than 1,000 votes in both 2005 and 2013. As time progressed, the traditionally conservative bastion has become a battleground state where Democrats have charged with bayonets attached.

Especially now, votes are even more influential given the increasingly competitive nature of the Commonwealth as a whole (though geographically, it remains very conservative on the overall). It should come as a shock that there are people who are ineligible to vote under both state and federal law who are registered voters.

The Daily Signal has more:

Against this backdrop [the increasingly competitive nature of the Commonwealth], watchdog groups have pushed local election officials in seven Virginia jurisdictions to reveal hundreds of noncitizens who are registered to vote. So far, they have found more than 550.

Potentially more could be found on the voters rolls, as the Public Interest Legal Foundation pursues a total of 20 counties and cities in the Old Dominion—a sampling of its 95 counties and 38 independent cities.

However, leaders of the group say the Virginia State Board of Elections has resisted release of information on ineligible voters.

The Public Interest Legal Foundation represents the Virginia Voters Alliance in a lawsuit filed earlier this year against the city of Alexandria. The city prompted its suspicion after the alliance determined that more people were registered to vote in the city than eligible voters who lived there, said Noel Johnson, litigation counsel for the legal foundation.

Not only is this fact disturbing, but even more so is the shroud of secrecy that seems to surround this illegal registration of non-citizen voters.

In most cases, Johnson said, counties respond by saying the Virginia State Board of Elections informed them not to provide information about noncitizens who are registered to vote.

Alexandria General Registrar Anna Leider, who is in charge of elections and voter registration there, said the city’s reading of Census Bureau information showed the number of voting-age adults surpassed the number of registered voters. So, city officials disagreed with the Virginia Voters Alliance on that point, she said.

This kind of information, under federal election law, is required to be made available to the public on request. The fact that the counties have stated that the State Board of Elections instructed them not to disclose otherwise open records is a disturbing occurrence.

The federal law requiring this information to be available to the public reads as follows:

(1) Each State shall maintain for at least 2 years and shall make available for public inspection and, where available, photocopying at a reasonable cost, all records concerning the implementation of programs and activities conducted for the purpose of ensuring the accuracy and currency of official lists of eligible voters, except to the extent that such records relate to a declination to register to vote or to the identity of a voter registration agency through which any particular voter is registered.

(2) The records maintained pursuant to paragraph (1) shall include lists of the names and addresses of all persons to whom notices described in subsection (d)(2) are sent, and information concerning whether or not each such person has responded to the notice as of the date that inspection of the records is made.

Over 70 non-citizen voters have been removed from the voter registry since 2012 in Alexandria alone. The watchdog group is still conducting its investigation into 20 counties where non-citizens are registered to vote. One county in particular had an astonishing number of illegally registered voters.

Of the data available, the largest number of noncitizens registered to vote was in Prince William County, about 400 since 2011, before officials removed them from the rolls, Johnson said.

Other jurisdictions providing information to the Public Interest Legal Foundation were the city of Fairfax and the counties of Bedford, Hanover, Roanoke, and Stafford, which combined had about 150 noncitizens registered to vote.

So what has happened since the discovery of these illegal voters? Nothing actually. Despite the fact that it is a felony offense at both the state and federal level, not one has been tried and convicted for illegal voter registration.

Hans von Spakovsky, a senior legal fellow with The Heritage Foundation, is a former member of both the election board in Fairfax County, Virginia, and the Federal Election Commission.

“Not a single one of those noncitizens, who committed a felony under federal law, has been prosecuted,” von Spakovsky said at a forum on voter fraud at The Heritage Foundation, referring to the findings of the legal foundation. “In fact, there is no indication that any of this information was ever turned over to law enforcement officials for investigation or prosecution.”

Von Spakovsky wrote an article at Conservative Review arguing that the State Board of Elections is engaging in a cover-up scandal. Given recent revelations about the dead voting not only in Chicago, but also in Colorado, this certainly is not an implausible theory.

This is why better voter ID laws are needed. Contrary to Leftist ramblings, voter fraud DOES exist. I just gave you a whole lot of information about it happening right here in Virginia. Luckily, Virginia’s voter ID law has been upheld as constitutional (as it obviously should be), but clearly better vetting of voter applicants is a must here in the Commonwealth.