Fox News reports that the FBI subpoenaed Hunter Biden’s laptop and hard drive in connection to a “money laundering investigation in late 2019.”

The report states it is “unclear, at this point, whether the investigation is ongoing or if it was directly related to Hunter Biden.”

The documents signed by FBI Special Agent Joshua Wilson connect Hunter Biden’s laptop to the investigation. Fox obtained an FBI “Receipt for Property” form, which proves that the FBI was in contact with John Paul Mac Isaac, the repair shop owner Hunter Biden took his laptop to for repairs.

The report says that the documents do have a case identification number, the case ID is 272D-BA-3065729. Fox News reports that FBI officials confirmed that “272” on an FBI form “is the bureau’s classification for money laundering.”

This case seems to go deeper than just money laundering as the case ID has “272D,” which according to the same report means that on top of money laundering, there was “Unknown Specified Unlawful Activity” The report said that “one government official described ‘272D’ as ‘transnational or blanket.'”

The other document in question is a subpoena for the shop owner to come and testify “before U.S. District Court in Delaware on Dec. 9, 2019.” The subpoena contains serial numbers for a laptop and hard drive, which one can only assume that means the Hunter Biden laptop, but we can’t confirm at this time.

Americans are tired of knowing about blatant corruption that would see us in jail while the elites responsible for the corruption get to give a blanket “I didn’t do it” statement and walk free. Director Christopher Wray has had this information for a year. He had this during the impeachment investigation.

He had this information while Joe Biden was running around telling everyone that he knew NOTHING about Hunter’s business dealings. We now know Biden’s claim that he knew nothing to be categorically false.

We aren’t running on hypothetical or unproven corruption here. This is the textbook definition of corruption, yet Joe Biden was allowed to run for President of the United States, and he may even win. 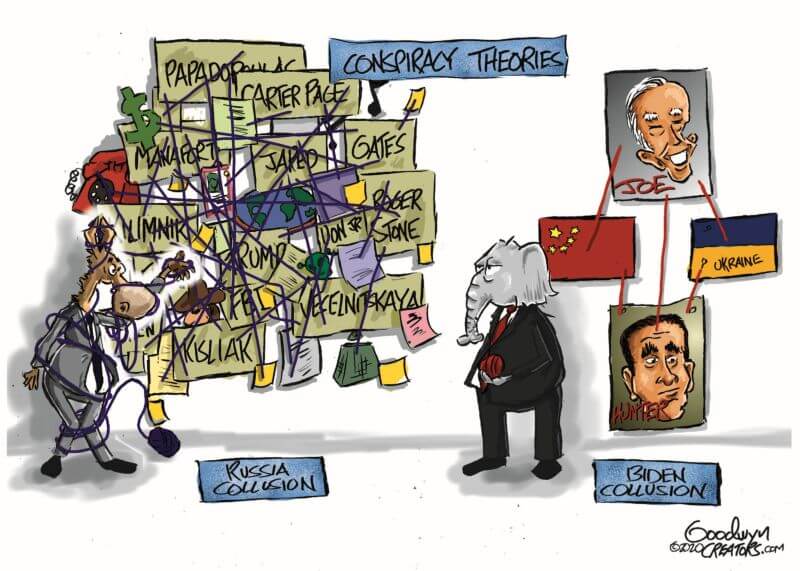