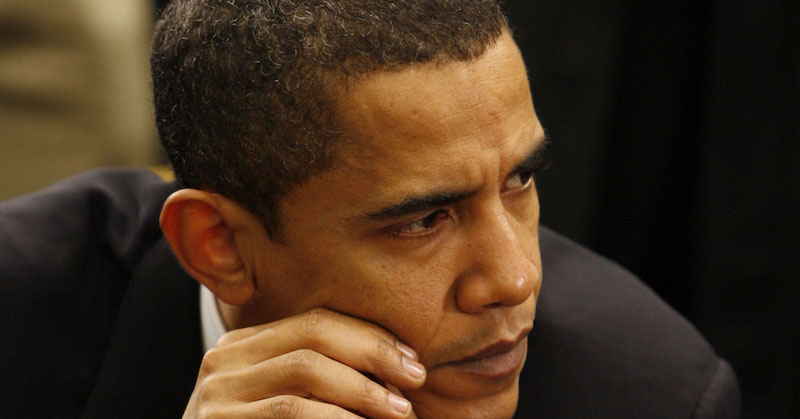 Barack Obama demands a “smooth” process for his nominee to replace Antonin Scalia on the Supreme Court.

The nomination is “bigger than any one party,” he said.

He said he planned to nominate a successor and the Senate should have “plenty of time … to give that person a fair hearing and timely vote.”

Like in 2009, Obama will likely say he hopes that America can “avoid the political posturing and ideological brinkmanship that has bogged down this process and Congress in the past.”

That was when the Senate was about to take up the nomination of now-Justice Sonya Sotomayor, who was approved and now sits on the Supreme Court.

Obama will say the same thing this time. We should avoid “political posturing” and “ideological brinksmanship.”

Of course, what Barack isn’t telling you is how very familiar he is with political posturing and ideological brinksmanship.

He practically invented it.

Because Barack Obama is the first U.S. president to ever vote to filibuster a Supreme Court nominee.

Back in 2006, while in the Senate, Barack Obama joined 24 other Democrats to try to filibuster the nomination of now-Justice Samuel Alito. It was a case of pure partisanship, posturing and brinksmanship, ABC News is reporting.

On January 29, 2006, Mr. Obama told George Stephanopulos on “This Week” that he would “be supporting the filibuster because I think Judge Alito, in fact, is somebody who is contrary to core American values, not just liberal values, you know. When you look at his decisions in particular during times of war, we need a court that is independent and is going to provide some check on the executive branch, and he has not shown himself willing to do that repeatedly.”

So when the Senate takes up any possible Supreme Court nominee brought forward by Barack Obama, perhaps they should remember the old adage that what’s good for the goose is good for the gander.

Obama would be the first president since Ronald Reagan to fill three seats on the court. But Senate Republicans made clear they would not make it easy for him, arguing that with just 11 months left in office, he should leave the choice to the winner of the November general election.

With 54 seats in the Senate, Republicans have the power to block the confirmation of any nomination sent by Obama if they stick together.

“The American people should have a voice in the selection of their next Supreme Court justice,” Sen. Mitch McConnell of Kentucky, the Republican majority leader, said in a statement. “Therefore, this vacancy should not be filled until we have a new president.”