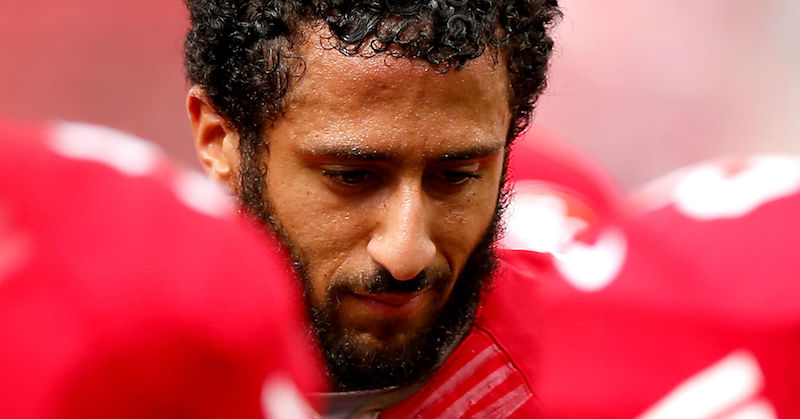 First the Seattle Seahawks consider sitting out the playing of the Star Spangled Banner (the entire team, mind you).

Then the Broncos’ Brandon Marshall became the latest player to “take a knee” during the national anthem at the first regular season game:

Enough is enough. It’s time to stop this nonsense before it spreads like stupid at a Hillary rally.

Fans are now beginning to organize a boycott of the entire league with the hashtag #boycottNFL.

If more losers continue to disrespect our flag I will #boycottNFL I will hold owners and coaches accountable.

When I hear US citizens talk abt how bad it is here, I compare it 2 a kid from rich fam that wants ppl to think he has it bad #boycottNFL

. I will not watch a single snap #boycottNFL

Dear players,
You have a right to protest.

I have a right to protest your protest.

Even right-leaning media is getting in on the action:

All of the Seattle Seahawks might sit during National Anthem at Sept. 11th game https://t.co/4MZXP9mA7o #boycottNFL pic.twitter.com/5yDuPqNAOC

We will have to see what kind of traction such a “boycott” will have, but rest assured, any boycott – and subsequent drop in television ratings, is in direct proportion to the increasing visibility any “protest” of the National Anthem gets.