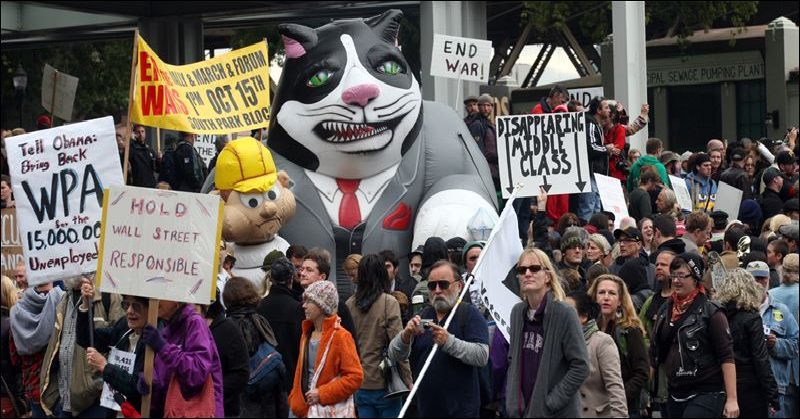 It sounds counter-intuitive but it’s true.

A regulation that imposes the same cost to each firm will disproportionately effect small business, by definition, as they bring in less total revenue. Here are just a few cases of big business supporting regulation, courtesy of the Cato Institute:

My friend Grant Philips at Unbiased America has the numbers on the costs of regulation – and believe it or not, there are even cases when regulations cost small business more measured in dollars instead of percent of sales.

First, it’s important to understand what type of regulations creates these compliance costs. The majority of regulatory compliance time is spent on the tax code, followed by environmental regulation. On average, this results in additional (total) costs per firm of $28,261 and $17,467, respectively. Yet for both categories, small business incurs a larger total cost.
On an employee basis, the disparity is greater. Firms with less than 50 employees incur $11,724 in regulatory compliance costs per employee, whereas large firms incur only $9,083. This is a distinct and arbitrary competitive edge for larger, entrenched firms.

Let’s look at two industries in particular: manufacturing and finance. American manufacturing employment continues to dwindle (though admittedly this is largely due to improvements in efficiency), while the biggest banks are larger than they were before the financial crisis.

Not only does it harm smaller firms, industry specific regulations impose greater burden on important industries. For example, average compliance costs per employee in manufacturing are $19,954 – compared to $9,991. For manufacturers with less than 50 employees, compliance is $34,671.
Manufacturing is not the only industry either. In banking, for example, onerous regulations like Dodd-Frank impost heavier costs are smaller firms. According to the Consumer Financial Protection Bureau, smaller banks incur compliance costs equal to 5.6% of retail deposit operating expenses, whereas the largest banks incur only 0.9%.

In fact, regulations are the primary reason why only one new bank has been chartered since the financial crisis. And that’s according to the Federal Reserve Bank of Dallas.

Liberals who desire to regulate every industry they deem unjust may think they’re on the side of the little guy, but they’re really batting for the other team.