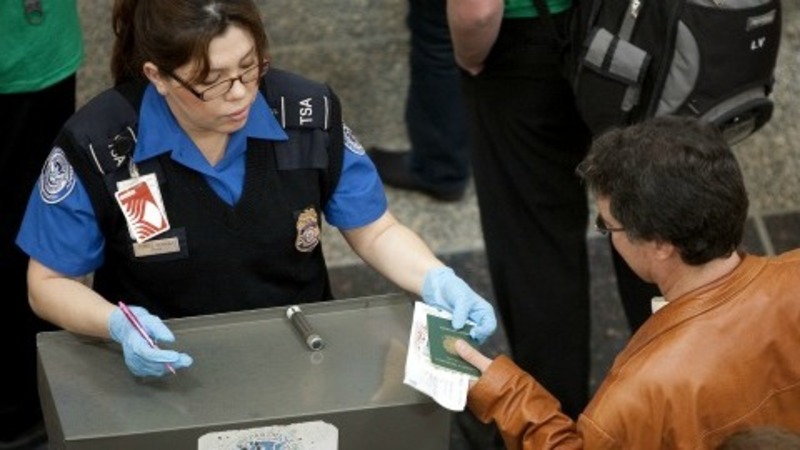 If you don’t have a passport already, you may need to get one soon.

Residents of certain states are going to need to show their passports — rather than simply their IDs — even if they’re only flying domestic.

Yes, it will infringe upon states’ rights handed to them by the 10th Amendment and create unnecessary cost to taxpayers in order to implement the change, but let’s be real — the government doesn’t care about that.

To comply with the 2005 Real ID Act, which the U.S. government has been slowly implementing for the past decade, citizens in a number of different U.S. states will now be forced to obtain a passport if they want to board an airplane – even for domestic flights.

The Department of Homeland Security and representatives with the U.S. Customs and Border Protection have declined to comment on why certain states have been singled out, but starting in 2016, residents of New York, Wisconsin, Louisiana, Minnesota, New Hampshire, and American Samoa will need a passport to fly domestically. All other states will still be able to use their state-issued driver’s licenses and IDs — for now, at least.

According to the Department of Homeland Security’s guidelines on enforcement of the Real ID Act:

“The Department of Homeland Security (DHS) announced on December 20, 2013 a phased enforcement plan for the REAL ID Act (the Act), as passed by Congress, that will implement the Act in a measured, fair, and responsible way.

Secure driver’s licenses and identification documents are a vital component of our national security framework. The REAL ID Act, passed by Congress in 2005, enacted the 9/11 Commission’s recommendation that the Federal Government ‘set standards for the issuance of sources of identification, such as driver’s licenses.’ The Act established minimum security standards for license issuance and production and prohibits Federal agencies from accepting for certain purposes driver’s licenses and identification cards from states not meeting the Act’s minimum standards. The purposes covered by the Act are: accessing Federal facilities, entering nuclear power plants, and, no sooner than 2016, boarding federally regulated commercial aircraft.

States and other jurisdictions have made significant progress in enhancing the security of their licenses over the last number of years. As a result, approximately 70-80% of all U.S. drivers hold licenses from jurisdictions: (1) determined to meet the Act’s standards; or (2) that have received extensions. Individuals holding driver’s licenses or identification cards from these jurisdiction may continue to use them as before.

Individuals holding licenses from noncompliant jurisdictions will need to follow alternative access control procedures for purposes covered by the Act. As described below, enforcement for boarding aircraft will occur no sooner than 2016.”

According to the fine print, not all 50 states have driver’s licences (sic) that meet the Real ID requirements, which could possibly explain why the aforementioned regions will not qualify in 2016. However, there is no specific mention of what the requirements actually are.

The Real ID act has been controversial since its initial proposal over ten years ago and is seen by many as a massive violation of privacy. One of the primary reasons it has taken the government so long to roll this program out is that the program is wildly unpopular and creates heavy backlash every time it appears in the news.

The tightening of the Real ID restrictions are seemingly intended to push people towards attaining the newly issued “enhanced ID,” which adds more unnecessary paperwork and bureaucracy to the already tedious process involved in identification applications.

The American people clearly don’t like this act, yet the government is doing it anyway. We have been silenced and ignored.

Even if we believe something is an invasion of privacy, it doesn’t matter to Washington because they want to exercise the power they shouldn’t have in the first place.

Government wants complete control, and a national ID is just another way for them to have it. We need to take the power back, and we need to start doing it now.