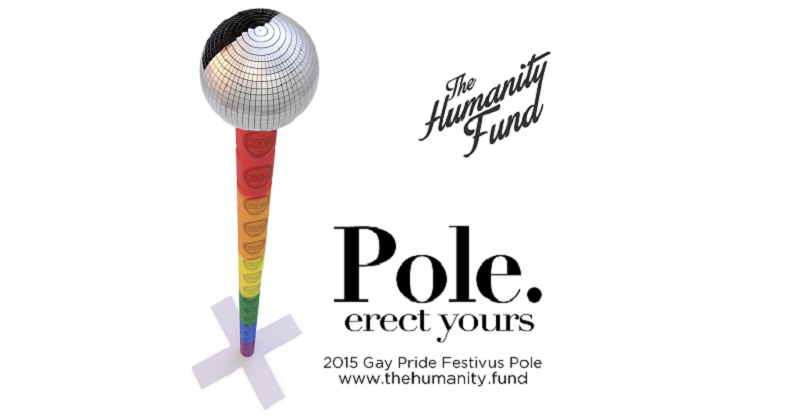 In state capitols across the country, they’re erecting stupid-looking “Festivus poles” to mock Christmas and promote the gay rights agenda.

Because they can’t come up with their own ideas for irritating Christians, they took a 20-year-old Seinfeld skit and turned it into a political protest. 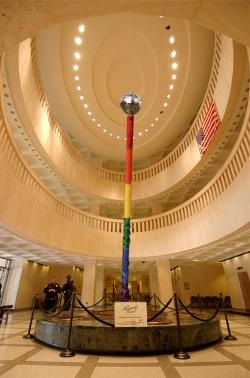 The Festivus Pole At The Georgia State Capitol

It began in Georgia, where “The Humanity Fund” circulated a petition requiring the “erection” (ha ha) of the gay pole.

“Why Georgia? Really? Why not, given Georgia’s historical tolerance for differing views (wink),” Chad Stevens, the group’s director, wrote in an email.

A similar pole has already graced the statehouse in Florida, and Stevens said there are plans to mount them in Illinois, Michigan and Washington this winter. It was also recently approved by officials in Oklahoma, where a spokesman said it was “no different than somebody standing with a sign in the rotunda.”

Courts typically allow religious displays on government property as long as they don’t create the impression that the government endorses or disapproves of a particular religion. That’s why displays during the holidays often include symbols celebrating both Hanukkah and Christmas, as well as secular traditions, said Anthony Kreis, a constitutional scholar at the University of Georgia.

“I officially declare victory in our gay war on Christmas,” Stevens wrote.

The pole is inspired by the fictional Dec. 23 holiday – featuring an annual “airing of grievances” and “feats of strength” competition – popularized in a 1997 Seinfeld episode.