Here in one brilliant meme is an explanation of exactly how socialism works and every voter in America should see it: 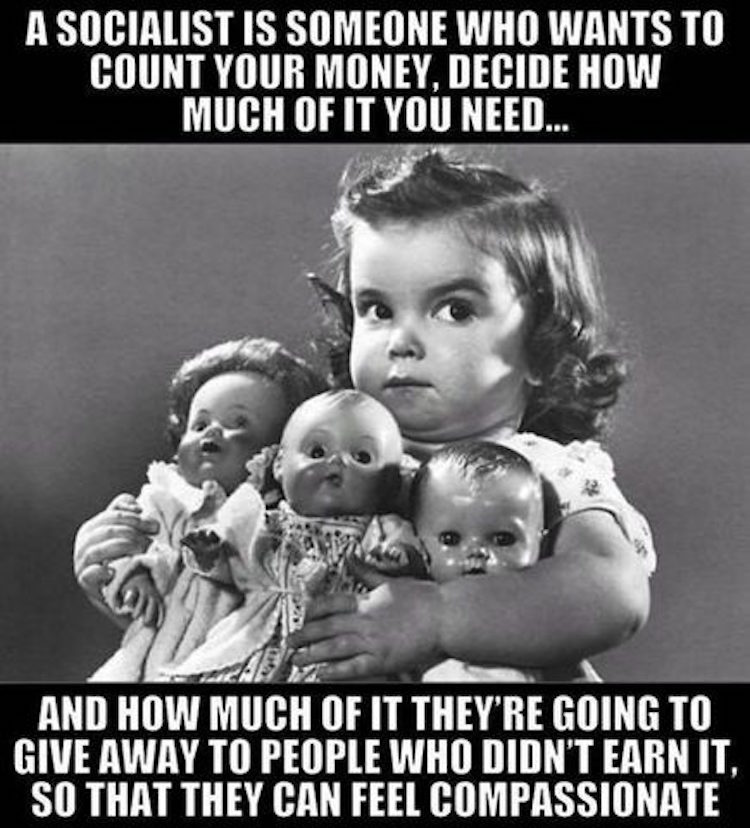 Socialists want to decide how much of YOUR money you really need.

Here’s a history lesson on socialism that most Americans know little to nothing about, even though they should:

The Forgotten Holocaust: How Socialism Killed Over 4 Million Ukrainians

In 1932 and 1933, while the world’s eyes were on the burgeoning power of the German state, Joseph Stalin was trying to contain a small republic they invaded called Ukraine.

In his socialist vision, these peasants, these independent, self-supporting peasants were enemies of Marxism – of Socialism. The ones who made profits off of selling their grain must be destroyed. They were executed, purged, imprisoned or exiled and the rest of Ukrainian society, an independent culture with their own language and economy, were forced onto collectivist farms to work for the Soviet state – for the people.

It was the culmination of a grand Socialist experiment, and resulted in the deaths of 4-12 million people.
Called the Holdomor (Ukranian for “murdered by starvation”) the official Soviet policy was a genocide with few parallels in modern history. 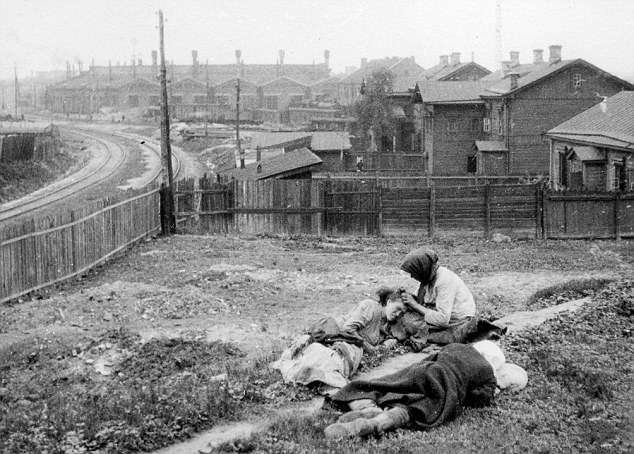 The storyline goes one of two ways: Either the genocide was planned by Stalin as a way of eradicating the Ukranian independence movement, or a ruthless social experiment, trying to transform a relatively prosperous peasant society into a socialist utopia.

The West isn’t told enough about this horror, and it’s denied or diminished in Russia. Stalin is revered as the greatest leader in Soviet History by the Russian people, but the Ukranians remember. So does Pulitzer-Prize-winning author Anne Applebaum, whose new book “Red Famine: Stalin’s War on Ukraine.” Her book calls the Holdomor what it is: Genocide. State-orchestrated genocide to further the failed socialist ideal. 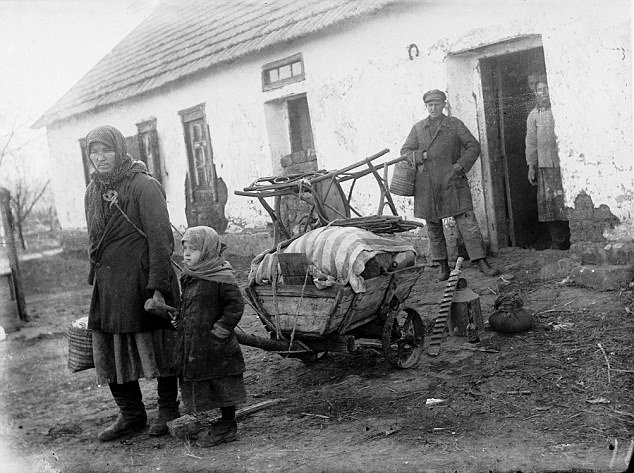 When word got up to Moscow that the experiment was failing, that Stalin’s great plan was a disaster and that people were starving, the brutal dictator doubled down: Sending his secret police to patrol the streets for looters and anybody hoarding any food at all. Children and adults laid dead in the streets.

Starvation makes a person crazy. There are accounts of people callously beating others to death for begging for food. In reviewing the genocide, The Daily Mail reports:

As millions began to die, human feeling perished with them. In one of countless dreadful anecdotes, Applebaum describes how a 15-year-old farm girl was begging beside the queue outside a Communist-run bread shop. As each person passed, the girl asked for crumbs. Finally, she asked the shopkeeper, who shouted at her and hit her so she fell to the ground. “Get up!” the shopkeeper said, kicking her. “Go home and get to work!” But she did not move; she was dead.

A few people in the queue started crying. “Some are getting too sentimental around here,” the shopkeeper said threateningly. “It is easy to spot enemies of the people.”

Parents murdered their children rather than have them die the slow horrible death of starvation.

There were even tales of people reduced to cannibalism. In one village, the police arrested a man who had gone mad after his wife died. A neighbour asked him why he seemed better fed than everyone else. “I have eaten my children,” the man said, “and if you talk too much, I will eat you.”

Later, in the camps of Stalin’s gulag, a Polish woman met hundreds of “unhappy, barefoot, half-naked Ukrainians” who had been sentenced for cannibalism.

Their children, they told her, had died of hunger; then, driven mad by grief and starvation, the parents had cooked and eaten them. But afterwards, “when they came to understand what had happened, they lost their minds.”