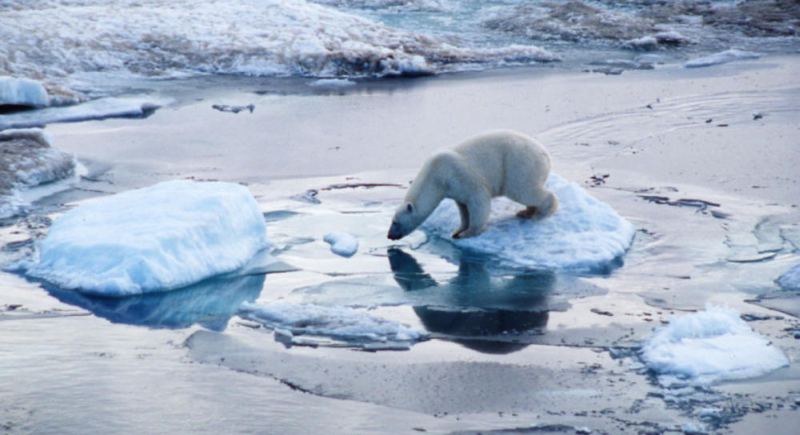 In the 1970’s scientists who are never wrong, and had settled the science, predicted that we would soon experience a new ice age as a result of “global cooling.”

Nowadays, eco-activists are sounding the alarm on global warming, but would you believe one of Earth Day’s scientific lecturers was warning about global cooling during the first celebration in 1970.

“The world has been chilling sharply for about twenty years,” ecologist Kenneth Watt told an audience at Swarthmore College on April 19, 1970 around the time of the first Earth Day demonstrations.

“If present trends continue, the world will be about four degrees colder for the global mean temperature in 1990, but eleven degrees colder in the year 2000,” Watt declared. “This is about twice what it would take to put us into an ice age.”

Watt was, of course, wrong. Satellite and surface temperature data shows that the world has gone through a warming trend since the 1970s — though there was a slight cooling trend before that. It wasn’t long before NASA climatologist testified before Congress to argue that the world was dramatically warming due to man-made carbon dioxide emissions.

Hansen predicted in 1988 that the world would warm at a catastrophic rate — which also has not happened. In fact, satellite temperature records show no warming trend since the late 1990s, and surface temperature data has also showed much less warming than was originally predicted. 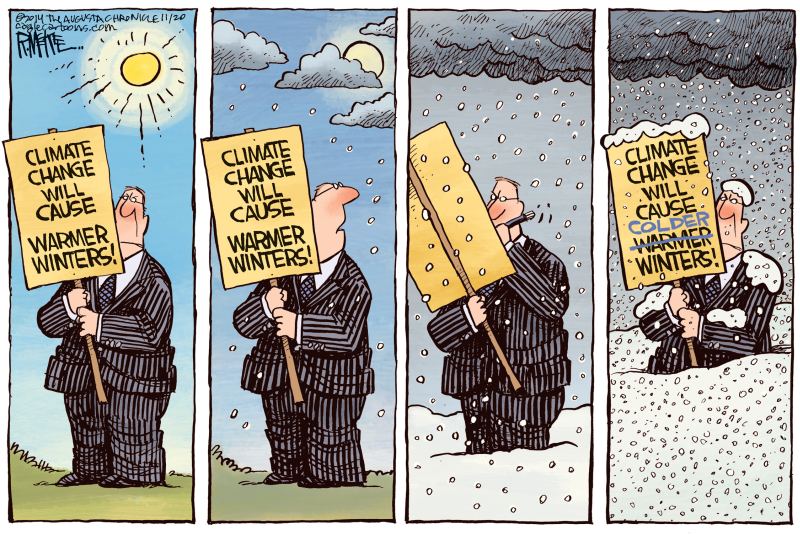 The Heartland Institute has more:

“It is the greatest deception in history and the extent of the damage has yet to be exposed and measured,” says Dr. Tim Ball in his new book, “The Deliberate Corruption of Climate Science”.

Dr. Ball has been a climatologist for more than forty years and was one of the earliest critics of the global warming hoax that was initiated by the United Nations environmental program that was established in 1972 and the Intergovernmental Panel on Climate Change (IPCC) established in 1988.

Several UN conferences set in motion the hoax that is based on the assertion that carbon dioxide (CO2) was causing a dramatic surge in heating the Earth. IPCC reports have continued to spread this lie through their summaries for policy makers that influenced policies that have caused nations worldwide to spend billions to reduce and restrict CO2 emissions.

Manmade climate change—called anthropogenic global warming—continues to be the message though mankind plays no role whatever.

There is no scientific support for the UN theory.

CO2, despite being a minor element of the Earth’s atmosphere, is essential for all life on Earth because it is the food that nourishes all vegetation. The Earth has passed through many periods of high levels of CO2 and many cycles of warming and cooling that are part of the life of the planet.

“Science works by creating theories based on assumptions,” Dr. Ball notes, “then other scientists—performing their skeptical role—test them. The structure and mandate of the IPCC was in direct contradiction of this scientific method. They set out to prove the theory rather than disprove it.”

“The atmosphere,” Dr. Ball notes, “is three-dimensional and dynamic, so building a computer model that even approximates reality requires far more data than exists and much greater understanding of an extremely turbulent and complex system.”

No computer model put forth by the IPCC in support of global warming has been accurate, nor ever could be.

Most of the reports were created by a small group of men working within the Climate Research Unit (CRU) of the University of East Anglia and all were members of the IPCC. The result was “a totally false picture supposedly based on science.”

Steve Straub
Steve has been involved in national politics for over 20 years and helps run one of the largest conservative opinion and analysis sites in the country.
Minnesota Mayor Claims Traffic Cops Should Not Be Armed, Forgets Officers Sometimes Get Killed During Traffic Stops
Just Months After Biden Takes Office U.S. Consumer Prices Post Biggest Gain in Over 8-1/2 years
Florida Governor Ron DeSantis Hits Back at the Leftist Corporate Media For Their Smear Campaign Against Him
Biden Goes After Amazon For Not Paying Federal Taxes Defending Corporate Tax Increase to Pay for $2 Trillion Bill
Afghan President Humiliates Joe Biden, Rejects Revised Peace Deal Offer, Proposes Elections in 6 Months
See more...