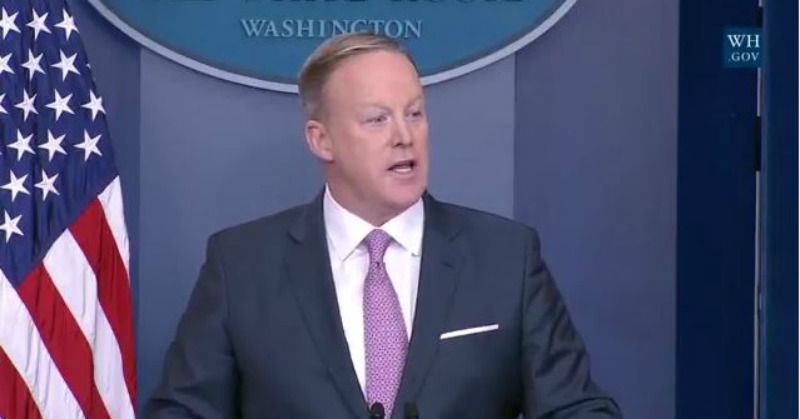 During Monday’s first full working day press conference, White House Press Secretary Sean Spicer set the tone for the future in a big way and one of the major things he touched on was the issue of protecting the unborn.

In an incredible change from the previous administration, Spicer called Trump a “pro-life” president and made it clear that the new administration is committed to both standing up for the life of the unborn, but also for the taxpayers in response to a question about the Mexico City policy.

What an incredible shift from the previous president and on this crucial “day one” for the new administration, it is a strong message to send by choosing to take their stance as a pro-life administration a cornerstone by prioritizing the right to life for the unborn.

As it should be, and God bless them for doing so.

Sean Spicer talking about Trump: "He's a pro-life president; he wants to stand up for all Americans, including the unborn."