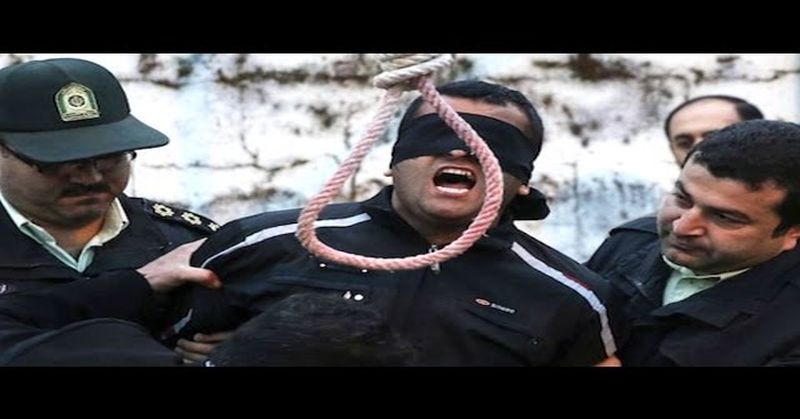 The Islamic Republic of Iran doesn’t mess around.

They’re not concerned with the rule of law, trial by jury, habeas corpus or any of those irritants that a civilized society enshrines into their institutions.

When you don’t have to worry about those things, this happens:

In one Iranian village, every single man was executed for drug offenses.

The entire adult male population from a village in southeastern Iran was executed after the government determined the town was rife with drug abuse and drug trafficking.

No trial, no real process to speak of … just hanged.

Speaking with the “semi-official” Mehr News Agency, the country’s “vice president for women and family affairs,” confirmed the rumors.

Shahindokht Molaverdi didn’t seem concerned about the guilt or innocence of every single adult male in this town, rather that there’s now a village with nothing but women and children left.

“Their children are potential drug traffickers as they would want to seek revenge and provide money for their families,” she said. “There is no support for these people.”

Iran loves to execute people. Amnesty International reports that Iran has a “staggering” execution rate. And it’s climbing. In 2014, they hanged at least 753 people and in the first half of last year alone, another 700 people were executed.

Maya Foa, from the anti-death penalty campaigning group Reprieve, said: “The apparent hanging of every man in one Iranian village demonstrates the astonishing scale of Iran’s execution spree. These executions – often based on juvenile arrests, torture, and unfair or nonexistent trials – show total contempt for the rule of law, and it is shameful that the UN and its funders are supporting the police forces responsible.”

Officials wouldn’t say which town had all their men executed, but the province, at the southern tip of Iran, is one of the poorest regions of Iran. It borders Afghanistan and is one of the top areas for drug trafficking in the country.

Sistan and Baluchestan, where the unnamed village is situated, “is arguably the most underdeveloped region in Iran, with the highest poverty, infant and child mortality rates, and lowest life expectancy and literacy rates in the country,” according to Ahmed Shaheed, the UN special rapporteur on the situation of human rights in Iran. “The province … experiences a high rate of executions for drug-related offenses or crimes deemed to constitute ‘enmity against God’ in the absence of fair trials.”