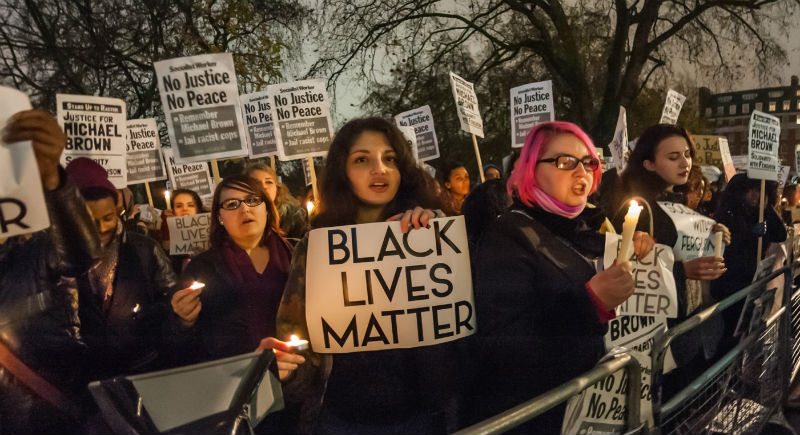 No one even questioned that there were paid protesters in Ferguson. Most people assumed it.

Most likely the same organizations that paid ‘grassroots’ protesters in Ferguson are paying them in Baltimore as well.

This is how the left rolls because they know their protests would flounder without an influx of paid outsiders to keep them going. Of course, they don’t care that it hurts the citizens of the cities they are in.

These left wing groups just want to be sure they will somehow get Big Daddy Government to make more laws or hand over more taxpayer money for their “cause”.

Well now some of the paid hacktivists are protesting the organization that was paying them to protest. Why? Because they didn’t get paid!

From the Washington Times:

Hired protesters with the Black Lives Matter movement have started a #CutTheCheck hashtag and held a sit-in at the offices for the successor group to the Association of Community Organizations for Reform Now (ACORN) in Missouri after the group allegedly stopped paying them.

FrontPage Magazine reports that Missourians Organizing for Reform and Empowerment (MORE) has been paying protesters $5,000 a month to demonstrate in Ferguson. Last week, hired protesters who haven’t been paid held a sit-in at MORE’s offices and posted a demand letter online.

MORE is the re-branded Missouri branch of ACORN, which filed for bankruptcy in late 2010, FrontPage reported. MORE and other groups supporting the Black Lives Matter movement have received millions of dollars from billionaire financier George Soros.

The group Millennial Activists United posted a letter on their blog demanding MORE “cut the checks” to demonstrators.

Of course, it would be a stretch if these people got it. They are so into dividing the country based on perceived wrongs they are TOLD are happening in a systemic manner that they can’t see the forest through the trees.

Poverty is big business. “Social Justice” is also big business. Elites are profiting off of the exact circumstances THEY are creating and entire communities fall right into the trap.

Maybe they should get real jobs and help themselves rather than hacktivist jobs that do nothing to help anyone and only continue to hurt the very community they are astroturfing for.