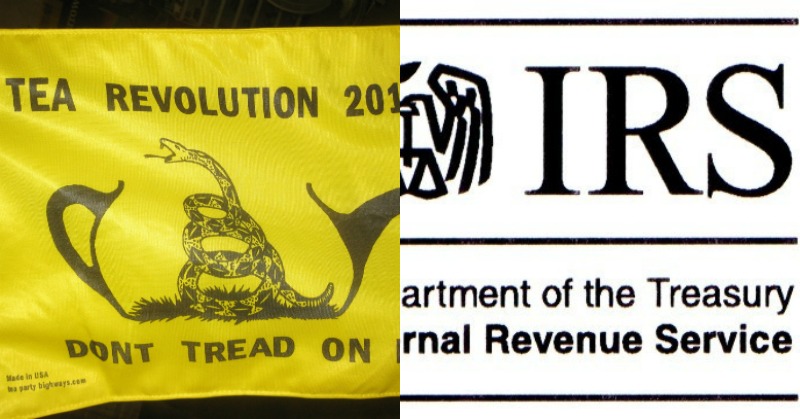 Unbelievably, the IRS is still targeting conservative and tea-party groups for illegal scrutiny by refusing to process their applications that have been pending for years.

On Friday, a judge ordered the tax agency to quit stalling, drop the political games – and make a decision on their applications.

District Judge Michael Barrett said the IRS can either approve or deny the “Texas Patriot Tea Party”’s application for non-profit status, but must stop stalling. They must – the judge ordered – give an honest evaluation without prejudice stemming from the years-long targeting, The Washington Times is reporting.

In a series of stark findings, Judge Barrett ruled that the IRS did in fact single tea party groups out for special scrutiny because of their political viewpoints in opposition to President Obama — undercutting congressional Democrats who said liberal groups faced the same level of targeting.

“The evidence strongly suggests that the IRS initiated the delay because TPTP’s application was perceived at the screening stage to be a Tea Party case,” Judge Barrett, whose courtroom is in Ohio, said in an opinion that was filed earlier under seal, and was only made public after parts of the 29-page ruling were redacted.

The Texas group filed for non-profit status in 2012 and was quickly caught up in the political process that entangled hundreds of conservative groups.

After the IRS was force to admit its political discrimination of these groups in 2013, they began to process most of the applications – but some groups sued and the IRS refused to process those particular ones.

The IRS responded saying that their policy was to halt applications that are in the litigation process and said it was “afraid that by beginning processing it would open its agents up to lawsuits against them individually.”

The TPTP is part of a broader class action lawsuit against the IRS, but it was the only member of the class whose application was still pending.

Judge Barrett rejected the arguments, saying the IRS itself admitted that the litigation policy wasn’t absolute and that if the agents were fair, they weren’t likely to face a lawsuit in the first place.

Mark Meckler, president of Citizens for Self Governance, which helped fund the class action lawsuit, said Judge Barrett’s ruling is evidence of corruption in the Obama administration.

“It is sickening and disheartening,” he said in a statement. “Today’s ruling provides a glimmer of hope that justice for the people will prevail and we will we will continue to fight one tea party American at a time to get back our rights.”