Born and raised a white boy, CEO Howard Schultz has decided he and his baristas are the perfect people to discuss race relations in the United States. The coffee house that screams “suburban white soccer mom” is going to discuss how people in the country should “race together” or something.

This is the same jackass who hates the 2nd Amendment.

Starbucks published a full page ad in the New York Times on Sunday — a stark, black, page with a tiny caption “Shall We Overcome?” in the middle, and the words “Race Together” with the company logo, on the bottom right. The ad, along with a similar one on Monday in USA Today, is part of an initiative launched this week by the coffee store chain to stimulate conversation and debate about the race in America by getting employees to engage with customers about the perennially hot button subject.

Beginning on Monday, Starbucks baristas will have the option as they serve customers to hand cups on which they’ve handwritten the words “Race Together” and start a discussion about race. This Friday, each copy of

USA Today— which has a daily print circulation of almost 2 million and is a partner of Starbucks in this initiative — will have the first of a series of insert with information about race relations, including a variety of perspectives on race. Starbucks coffee shops will also stock the insert.

The potential exists for arguments to break out (not for nothing this topic is the third rail of U.S. politics), and some may fairly question any move that could potentially slow in-store service. But Schultz has never been a wallflower when it comes to political debates and social activism. In 2013, he led a petition-based push urging Washington politicians to end the federal government shutdown. That year, he also wrote an open letter asking gun owners to refrain from bringing their guns into stores even they were allowed. 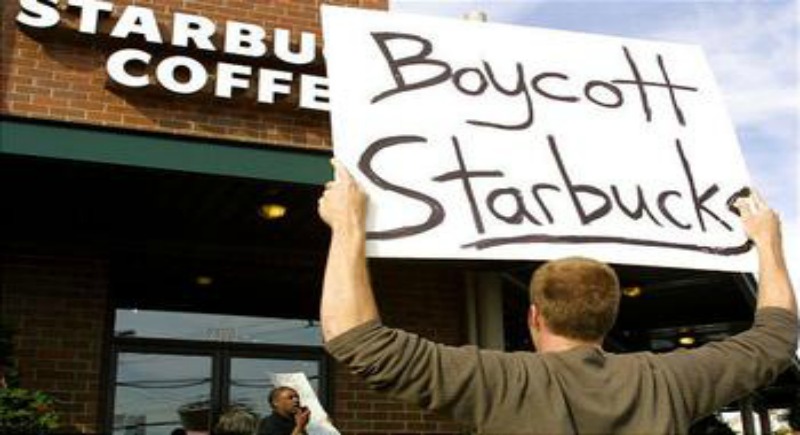 Because anyone who goes into Starbucks to buy an overpriced latte really believes that the people serving them are in any position to discuss race relations?

And why would anyone who simply wants to purchase a coffee want to deal with this topic at Starbucks?

It’s clear from previous statements against Americans’ rights that Schultz is nothing but a left wing hack. It’s unclear why he wants to put his poor baristas in the position of getting their asses handed to them by people who are more informed with facts.

And this is nothing against Starbucks’ baristas. You can’t help but feel bad for them that they have to deal with this megalomaniac.

If you haven’t already boycotted Starbucks, this just adds another reason to the long list.

Watch the video of the story here: