ISIS wants to strike fear in everyone, everywhere.

They want people to question whether they should fly for the holidays, take the London underground, or walk in the town square in Europe.

Concerts, marathons…there is no real safe place to hide, a place they cannot somehow reach.

And this is what they want (albeit the likelihood of being in an ISIS attack is still very low).

Soldiers are not 100% safe. Politicians are not safe. And, though we probably could have already guessed, children are not safe either.

That’s right. ISIS is now targeting the children of the Royal family.

According to the Daily Mail:

ISIS-supporting extremists have threatened to attack Prince George at his London school, warning, ‘Even the royal family will not be left alone’, it has been claimed.

The extremists allegedly posted the message alongside a photo of the future king entering his Battersea school on Telegram, an encrypted instant messaging app. 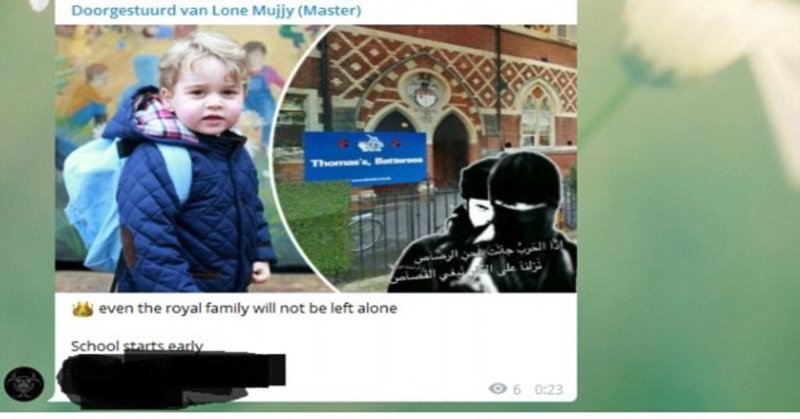 It also featured a message in Arabic taken from a jihadi song, which translate as: ‘When war comes with the melody of bullets, we descend on disbelief, desiring retaliation.’

An investigation by the Daily Star uncovered the messages on Telegraph, which British spies are now monitoring around-the-clock to prevent potential ISIS attacks.

Residents living near Prince George’s school, as well as parents of other students, had raised concerns about security at Thomas’s Battersea ahead of Prince George starting classes last month. 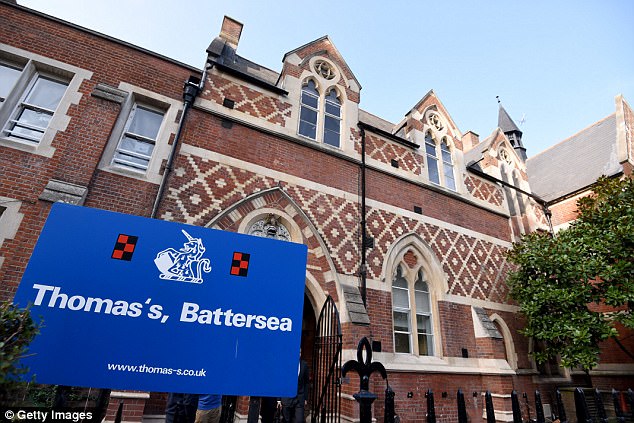 Experts believe this threat is real and must be taken seriously.

The school is taking steps to join with Royalty security so that all children at the school, including little George, are safe.

This is not the first time ISIS threatened the Royal family. The first came in 2015 when their target was the Queen.

And, as the Daily Mail reports, “Last month, extremists challenged Prince Harry to a fight in an online video.”

Where are many of these messages coming from? Telegram, a secure messaging app used by 100 million people.

Users who sign up to the free service can read and post anonymously in secure encrypted groups known as ‘channels’, which have been hijacked by jihadis.

Terrorists have been disseminating information over Telegram since 2015, when the app’s founders were forced to block 78 IS-related channels in 12 different languages.

But ‘thousands’ of new channels simply pop up in their place.
Launched in 2013, Telegram aims to be the most secure private messaging service in the world.

The app revels in the fact texts between users are encrypted so they can only be accessed from the two devices involved and leave no trace on the company’s servers.

This means they cannot be read by security services or even the Berlin-based app’s staff – with the firm even offering a $300,000 (£234,000) reward to any hacker who can crack its encryption.

While Telegram is closely monitored, little George’s school will increase their security and the rest of the world will just wait for the next attack, wondering and worrying.

Will this violence ever end? What needs to happen in order for the violence to end?