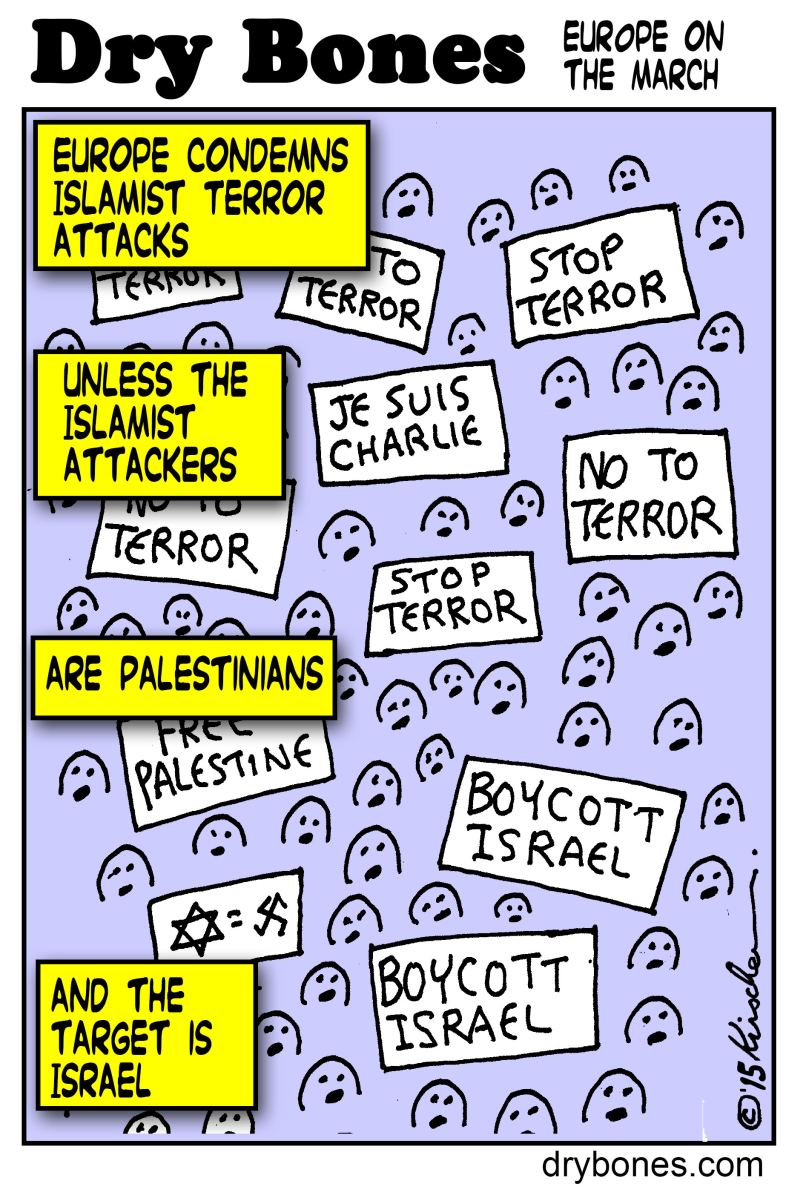 JERUSALEM—Israeli analysts on Sunday accused the French security apparatus and the French public of paying scant attention to Islamic terror directed at Jewish targets in recent years, in stark contrast to the outrage and massive police reaction that followed last week’s slaughter of journalists at the satirical newspaper Charlie Hebdo.

Columnist Alex Fishman, who writes on security issues for the Tel Aviv daily, Yediot Achronot, said that French intelligence agencies “just didn’t want to deal with Islamic terror for political reasons, both because of France’s involvement in the Arab world and because 10 percent of its residents are Moslem. The French security services insisted on not touching Islamic terror professionally. As long as the Jews were the only ones getting killed, they didn‘t really care and could just go back to business as usual.” The same is true, he wrote, for other Western European countries.

Fishman said France has no legislation defining Islamic terror as a problem “and therefore there are no agents in the problematic mosques.”

Sefy Hendler, a former Paris correspondent for Haaretz, contrasted the massive demonstrations in Paris for the victims at Charlie Hebdo with the small demonstration, mostly by local Jewish residents, outside the supermarket where four Jews were killed Friday.

The rise in anti-Semitic attacks in France in recent years has led 74 percent of French Jews to contemplate emigration, according to a poll last May. Numbering some 500,000, the French Jewish community is the largest in Europe. Seven thousand emigrated to Israel last year, and more than 10,000 were expected to do so this year, even before last week’s attack.

Attempting to forestall such an exodus, French Prime Minister Manuel Valls said over the weekend that the French republic would be a failure if Jews leave en masse. “If 100,000 French people of Spanish origin were to leave,” he said in an interview with the Atlantic, “I would never say that France is not France anymore. But if 100,000 Jews leave, France will no longer be France.” Those responsible for attacks on Jews, he said, were mostly Arab immigrants from North Africa and the Middle East.

A leader of the French Jewish community, Richard Abitbol, said that there were unpublicized attacks almost every day on Jewish businesses, schools and synagogues.