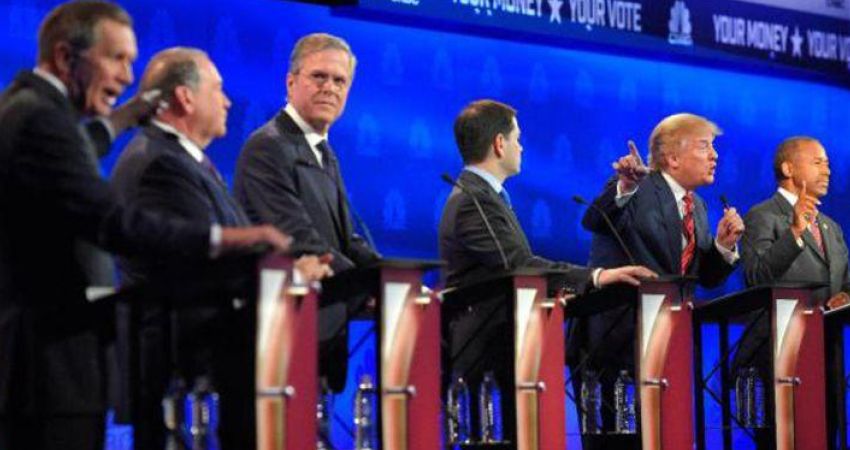 The next Republican presidential debate will be hosted by Fox Business Network on Tuesday, November 10, and some major changes are in store.

The main debate stage, which features the top-tier candidates according to recent polls, will begin on 9:00 PM ET with two fewer speakers.

Demoted from the prime-time debate are Mike Huckabee and Chris Christie, who will join Bobby Jindal and Rick Santorum. Gone from both debates are George Pataki and Lindsey Graham, who didn’t score high enough in recent polls to qualify. The second-tier debate will start at 7:00 PM ET on Fox Business.

Missing from both debates, again, is former Virginia Gov. Jim Gilmore, who is scoring within the margin of error of zero in all national polls.

Fox Business explained the methodology of their selection process:

“The four polls used in the average were conducted by the following organizations: Fox News, Investor’s Business Daily/TIPP, Quinnipiac University, and The Wall Street Journal/NBC News. To qualify for the prime-time debate, a candidate had to score 2.5% or higher in an average of the four most recent national polls.

Candidates scoring under that had to receive at least 1% support in at least one of the four most recent national polls to qualify for the 7 p.m. debate. No online or automated (IVR) polls were used in compiling the data.”

You know there are too many candidates when 2.5% gets you on the main stage. Most polls show Trump or Carson leading with Ted Cruz or Marco Rubio as the next two, and all are at 10% or higher. The rest of the field is in low-to-mid single digits.