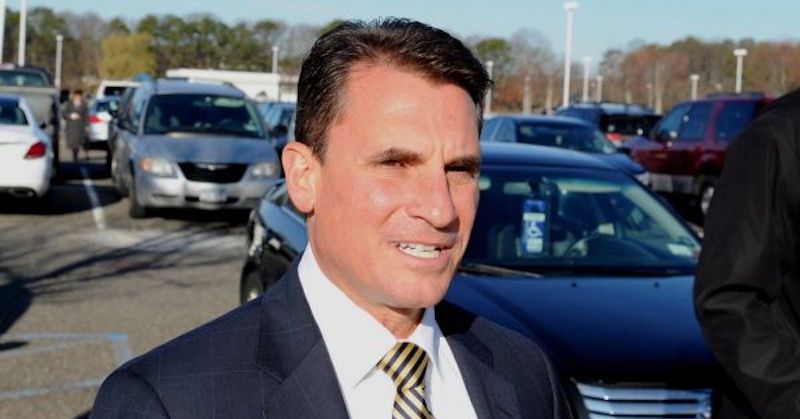 A New York Sheriff is abandoning his “Sanctuary Cities” policy ahead of Donald Trump’s inauguration so as not to feel the wrath of a president determined to end the practice.

Suffolk County Sheriff Vincent DeMarco doesn’t want a target on his back for Trump’s plan to call out these local cities and municipalities who hide criminal illegal aliens and refuse to cooperate with federal immigration officials.

Of course, he doesn’t claim that’s the reason … Officially, Sheriff DeMarco said his policy reversal is because of careful “legal analysis.” But the timing can’t be ignored. Breitbart reports:

Already, between December 1 and December 21, Immigration and Customs Enforcement (ICE) had taken seven illegal immigrants into custody who were living in Suffolk County.

DeMarco echoed Trump’s call to deport illegal immigrants who have been accused and convicted of crimes in the country, saying “I do believe this is good public policy because it focuses on criminals.”

“We’re talking about people who entered the country illegally and have committed crimes and have been convicted of crimes,” DeMarco continued.

County officials have had a change of heart too. Executive Steve Bellone said he supported the new “Trump-like” measures, saying: I opposed open-ended detainer requests because, among other things, they placed an enormous burden on local government to spend millions on incarceration to cover unfunded mandates.”

All this comes less than one month before Trump is inaugurated and is expected to quickly do away with Sanctuary city policies. Incoming Attorney General Jeff Sessions is ready to begin legal proceedings with any locality that refuses to comply with federal law.

Dan Cadman with the Center for Immigration Studies (CIS) told Newsday that with Trump’s planned fight against illegal immigration, he expects more cities and counties to reverse their sanctuary policies.

“I mean, let’s face it . . . a new administration is coming in and the new administration has said, unambiguously, they’re going to take an entirely different and harder approach toward sanctuaries,” Cadman told Newsday. “I don’t think that many counties and many county sheriffs and some police departments want to be between the hammer and the anvil.”