In trying to politicize the death of two men by a crazed attacker, the has-been presidential candidate tried to lay the blame on Donald Trump and “Trump’s America.”

There’s one problem: The insane attacker was a Bernie Sanders and Jill Stein supporter.

Jeremy Joseph Christian was arrested for stabbing three men – one who died – on a light-rail train in Portland after they tried to intervene when Christian began “ranting and raving,” shouting anti-Muslim hate speech at two young women. 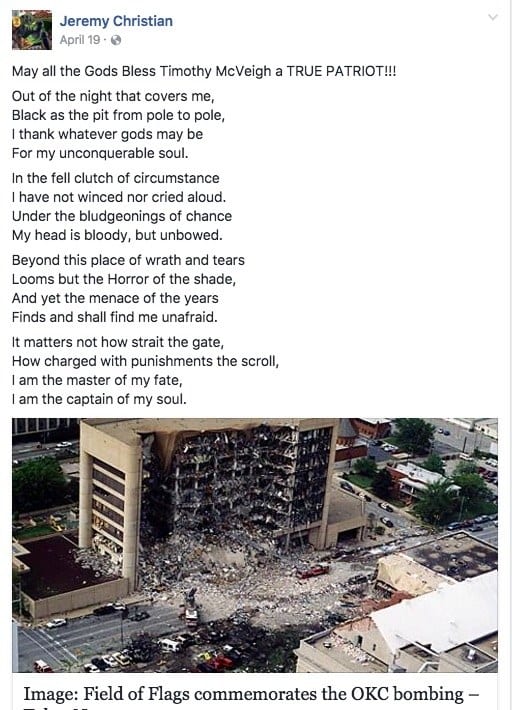 Of course, the usual suspects weighed in … especially Jill Stein … who apparently was unaware that this lunatic was one of her own.

Another heartbreaking tragedy in Trump's America, as a white nationalist shouting anti-Islam slurs murders 2 on Portland, OR subway.

Christian despised Hillary and didn’t oppose Donald Trump, but couldn’t bring himself to support him.

@DrJillStein He is one of your followers Jill. You have to come to terms with that.

@DrJillStein Trumps America? He supported you! What did you say to lead to this tragedy? I suggest FBI investigation into your potential wrongdoings. ?