In one of the best clips of the day chief CNN clown Jim Acosta tried to go after White House Press Secretary Kayleigh McEnany and got eaten alive.

He asked if it was right that the President got fact checked given how many “false and misleading statements” the President has made.

McEnany hit back hard saying “look, if you’re going to get into the fact-checking business, there is no one that should be fact-checked more than the mainstream media that has been continually wrong about a number of things.”

It all went downhill for Jim Acosta after that.

Take a look, via The Hill:

ACOSTA: “On Twitter, shouldn’t the president be fact-checked, especially this president who has made so many false and misleading statements, that has put fact-checkers to work across the world.

McENANY: “Look, first I would say I disagree with all — if not all, almost all of those assertions that you’re making there because, look, if you’re going to get into the fact-checking business, there is no one that should be fact-checked more than the mainstream media that has been continually wrong about a number of things.

To give you a list of some of the most egregious ones, that ABC News in the December of 2017 falsely reported that Flynn would testify that the President directed him during the campaign to make contact with the Russians. That was false.

In 2017, your network CNN botched their Wikileaks e-mail exclusive and were forced to make on-air corrections.

CNN’s Jim Sciutto, another CNN one, dropped a fictional bombshell in 2018, in July, claiming that Michael Cohen would tell federal investigators that the President knew of the Trump Tower meeting.

And there were many more, not to just put the onus on CNN there. So if anyone needs to be fact-checked, I think it should be the media.”

McENANY: “Not always. I have many you guys haven’t owned up to.”

ACOSTA: “We do on a regular basis. The President never owns up to any of his false or misleading statements or outright lies. You have pledged in this briefing room to never lie to the American people. Are you saying that the President of the United States has never lied to the public before?”

McENANY: “I’m around the President. His intent is always to give truthful information to the American people.” 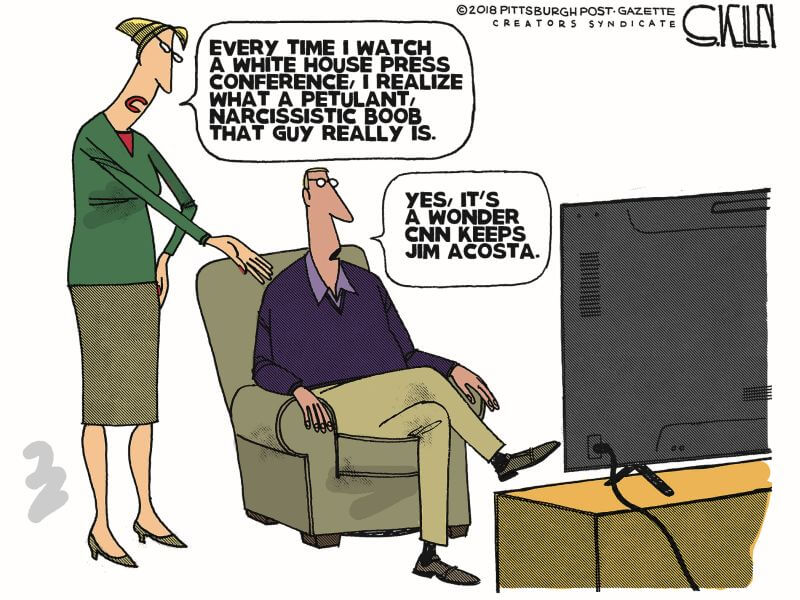 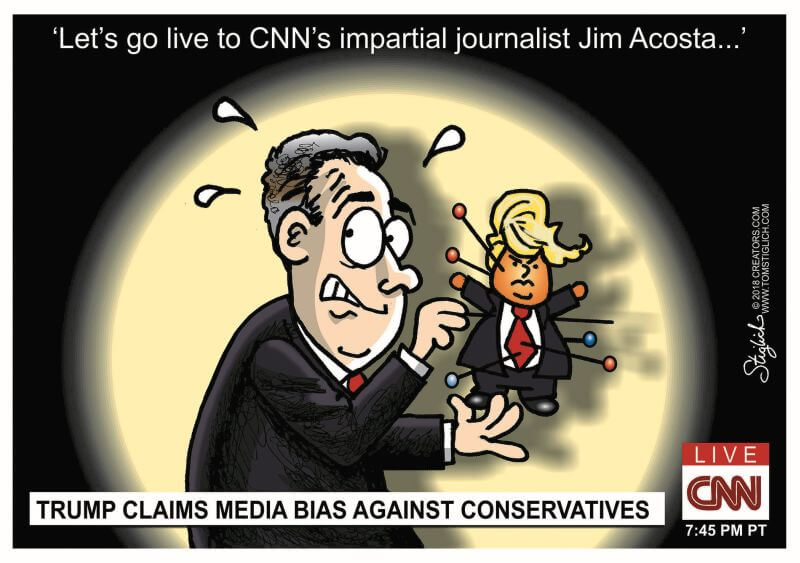