Watch as Rep. Jim Jordan blasts Adam Schiff for hiding four witness transcripts from the American people, and for not allowing their use in the impeachment proceedings:

JORDAN: “Two other real quick things. First, I thought we were in the public stage of this so-called impeachment inquiry.

But yet, here in just a few minutes, we’re going back to the bunker in the basement of the Capitol for another deposition that the American people won’t get to see.

What they also haven’t seen yet are four transcripts of people who have already been deposed. Which means under House rules, we cannot use that testimony in these proceedings.

We would like to use parts of the testimony from Mr. Morrison as an example in the open hearings but we are prohibited under House rules from doing that.

So a great question for you all to ask Mr. Schiff is when is he going to release those transcripts so we can actually use that information in the public hearings?” 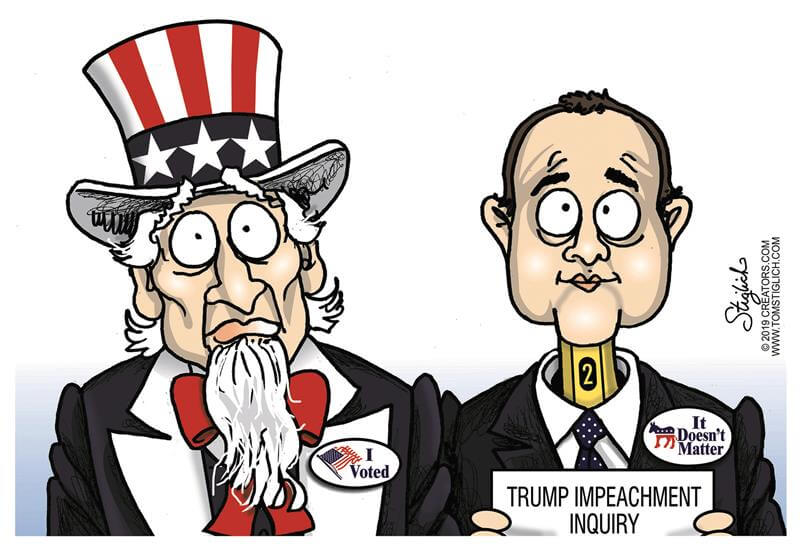