The situation in and around Ukraine is getting more volatile and tense by the moment.

Here is were we currently stand with Joe Biden versus Vladimir Putin on Ukraine brutally summed up with three cartoons: 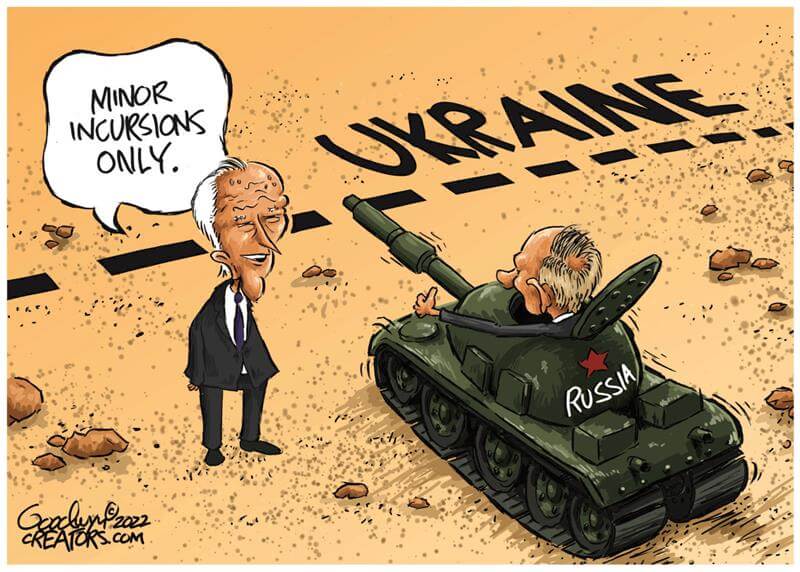 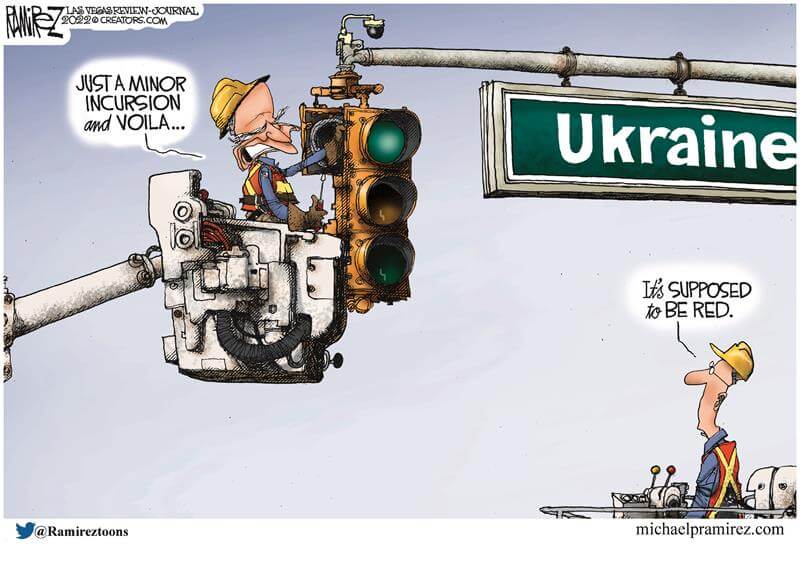 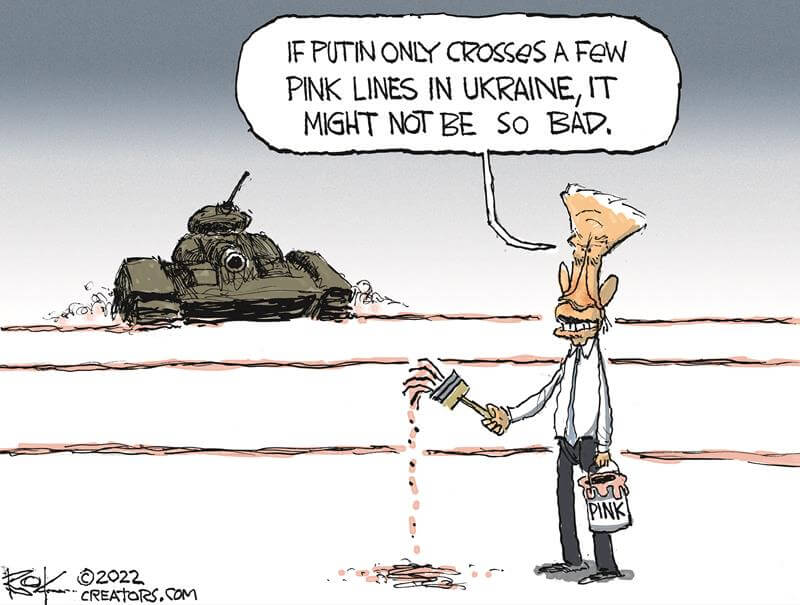 Those say it all and it’s not good, not good in the least bit.

During a Wednesday press conference, President Joe Biden gave Russia what some called a “green light” to invade Ukraine with minimal consequences.

Biden said he expects Russian President Vladimir Putin to take some sort of action to “move in” and invade Ukraine, and that the U.S. response “depends on what he does,” according to The Washington Post.

“I probably shouldn’t go any further, but … I think it will hurt him badly,” Biden said.

“He’s never seen sanctions like the ones I promised would be imposed if he moves,” Biden said. “What you’re going to see is that Russia will be held accountable if it invades.”

Biden said there are degrees of responses.

My guess is Biden’s “red line” will be about as serious and ferocious as the Obama red line in Syria. Putin knows this. https://t.co/GQitEVsZDE

“It’s one thing if it’s a minor incursion…” pic.twitter.com/BFp5jnJYPI

“It’s one thing if it’s a minor incursion and then we end up having a fight about what to do and not do, et cetera,” Biden said. “But if they actually do what they’re capable of doing … it is going to be a disaster for Russia if they further degrade and, invade Ukraine.”

Many said those comments amounted to giving Putin a free hand to take a chunk of Ukraine.

What kind of answer was that? No incursion is ok.

Biden seemed to effectively green-light a Russian incursion as opposed to a major invasion and then a little later predicted that Russia will go in!

What must the Ukrainians be thinking right now???

Biden saying that we might not respond disproportionately to a “minor incursion” by Putinin Ukraine is the worst foreign policy blunder since…Biden surrendered Afghanistan to the Taliban and got 13 Americans killed and left hundreds more behind. So yeah, he sucks at this.

He just gave up the game and undercut Blinken in Kiev

Biden said in his meetings with Putin “he has no problem understanding me, nor me him.”

“I pointed out, ‘You’ve occupied before other countries, but the price has been extremely high,’” Biden said. “It’s real. It’s consequential. So this is not all just a cakewalk for the Russian military.”

“I think [Putin] still does not want any full-blown war,” Biden said.