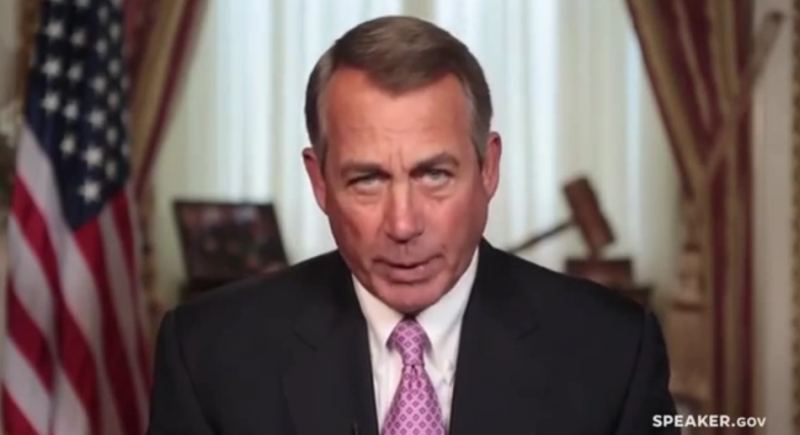 House Speaker John Boehner has gone full Judas and is going to allow a vote on a “clean” DHS funding bill that includes funding for Obama’s amnesty program.

This shows that Republican leaders are feckless and cannot be trusted to keep their promises to voters.

The House will finally vote on a bill to fund the Department of Homeland Security without immigration measures, Speaker John Boehner (R-Ohio) told his conference at a meeting on Tuesday.

The vote will come after the House narrowly averted a shutdown last Friday when the House GOP rejected a “clean” DHS funding bill passed in the Senate, and then 52 conservative Republican members joined Democrats to block even a three-week continuing resolution. The House passed a one-week funding bill in hopes that Senate Democrats would allow a conference between the two chambers to go forward, but that was rejected on Monday.

Senate Democrats have already shown that they will not vote for a funding bill that passed the House in January. That bill would tie funding to ending President Barack Obama’s immigration actions, which could allow as many as 5 million undocumented immigrants to temporarily stay in the country and work.

“With more active threats coming into the homeland, I don’t believe that’s an option,” he said, according to the source. “Imagine if, God forbid, another terrorist attack hits the United States.”

What do you think about this latest act of betrayal by House Speaker John Boehner? What was the point of the Republican landslide last November if this is the result?