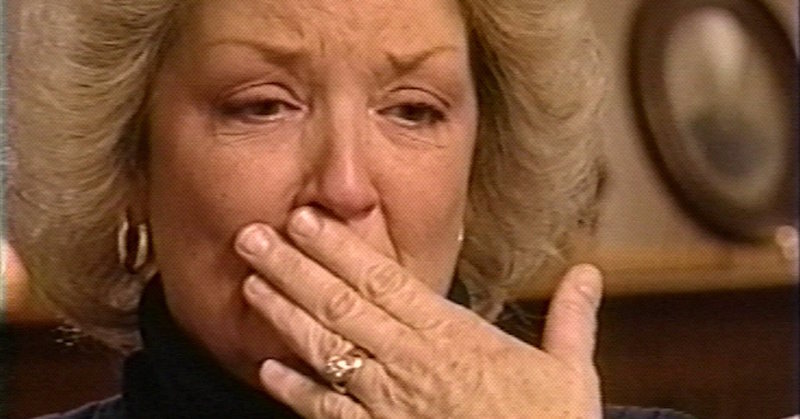 When she tweeted these five words, Juanita Broaddrick sent a torpedo into Hillary Clinton’s campaign.

I was 35 years old when Bill Clinton, Ark. Attorney General raped me and Hillary tried to silence me. I am now 73….it never goes away.

But what is sending seismic waves through the Clinton campaign were the words that followed:  “ … and Hillary tried to silence me.”

A reporter even called her and confirmed that yes, this was the same Juanita Broddrick who says Bill Clinton raped her in 1978 when he was Arkansas Attorney General.

Just got off the phone with Juanita Broaddrick, who confirms that @atensnut is her real Twitter account.

Broaddrick has been relatively silent lately. She’s now 73 years old and has tried to move on. But she can’t. It’s hard when your rapist is on television all the time now campaigning for his wife – the woman who led the charge to discredit and destroy you.

Hillary has spent much of her campaign championing – she will tell you – the rights of women accused of sexual assault. Even if the accused rapist isn’t convicted, these women have a right “to be believed.” 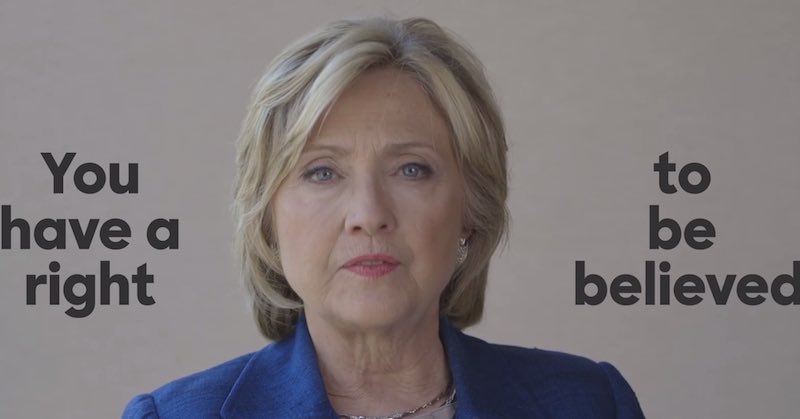 Every survivor of sexual assault deserves to be heard, believed, and supported. https://t.co/mkD69RHeBL

The Clinton’s attack dogs have labeled these women – there are 14 altogether – as trailer trash. “Drag a $100 bill through a trailer park, you never know what you’ll find,” James Carville famously said.

The allegations that Hillary led the charge to silence and subsequently destroy Broaddrick are numerous. From threats, to dead pets, to tires slashed, Hillary was complicit in the Clinton effort to crush these women.

So since Hillary has decided proclaim herself the great defender of sexual assault victims everywhere – and at the same time label Donald Trump a sexist pig – the Gates of Hell have opened. It’s fair game now, isn’t it?

So let’s recall what – exactly – Juanita Broddrick says happened 38 years ago in Arkansas:

Then he [Bill Clinton] tries to kiss me again.
And the second time he tries to kiss me he starts biting my lip … He starts to, um, bite on my top lip and I tried to pull away from him.
And then he forces me down on the bed. And I just was very frightened, and I tried to get away from him and I told him ‘No,’ that I didn’t want this to happen but he wouldn’t listen to me. …
It was a real panicky, panicky situation. I was even to the point where I was getting very noisy, you know, yelling to ‘Please stop.’
And that’s when he pressed down on my right shoulder and he would bite my lip. … When everything was over with, he got up and straightened himself, and I was crying at the moment and he walks to the door, and calmly puts on his sunglasses.
And before he goes out the door he says ‘You better get some ice on that.’ And he turned and went out the door.”

Hillary’s “war on women” and her “war on sexual assault victims” is catching up with her.