Juanita Broaddrick, who claimed she was raped by former President Bill Clinton back in 1978, told The Daily Caller News Foundation Wednesday that she finds the allegations against Supreme Court nominee Brett Kavanaugh “sketchy and vague.”

“It’s not because I’m a Trump supporter that I don’t believe Christine Ford,” Broaddrick said.”That really has nothing to do with it. It has to do with me being a victim and listening to other victims and this just doesn’t ring clear. It’s not what you would think that a victim statement would be.”

Christine Blasey Ford accused Kavanaugh of sexual assault when they were at a party in high school. Blasey Ford says Kavanaugh and his friend, Mark Judge, were both “visibly drunk,” and Kavanaugh allegedly pushed her onto a bed, covering her mouth to keep her from screaming, and attempted to rape her, according to transcripts of Blasey Ford’s sworn testimony. She will give her testimony to the Senate Judiciary Committee Thursday. 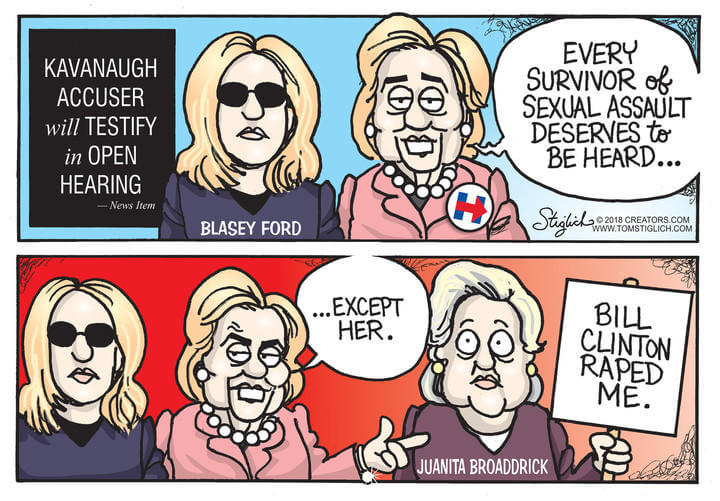 Blasey Ford says she doesn’t remember details of where and when the party occurred, and none of her friends have been able to corroborate that they were at the high school party that she describes.

“I can’t imagine if it was as frightening as she says that it was and that she feared for her life, I can’t imagine not knowing and remember more about it, or not telling someone,” Broaddrick said.

Lawyers for Blasey Ford submitted sworn declarations to the Senate Judiciary Committee Wednesday. Four people say she told them about her alleged assault by Kavanaugh before he was nominated to the Supreme Court, although none of them confirm they were in attendance at the party.

“You cannot depend upon memory,” Broaddrick says of the 35-year-old allegations. “You have to have evidence.”

Broaddrick believes the allegations against Kavanaugh are a politically concerted effort to thwart President Donald Trump’s pick for the Supreme Court. 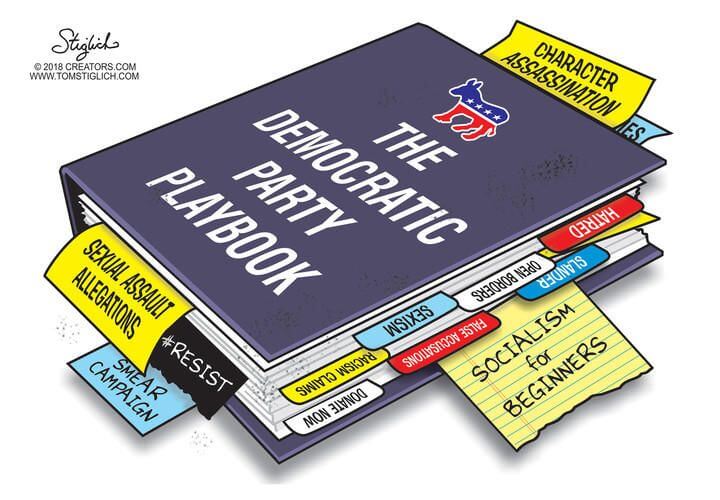 She says Debra Katz, the attorney representing Blasey Ford “hates President Trump and this was just a way for her to come forward and help Hillary Clinton.” In 1998, shortly after Paula Jones accused Clinton of sexual harassment, Katz dismissed her claims publicly saying Jones’ accusations were “very, very weak.”

It’s “because of her political affiliation,” Broaddrick said.

Broaddrick also likened the #MeToo movement to a liberal political movement and said she is “not pro-Me Too.”

“The Me Too movement, to me, is for liberal women,” she said. “They want nothing to do with the Clinton victims.”