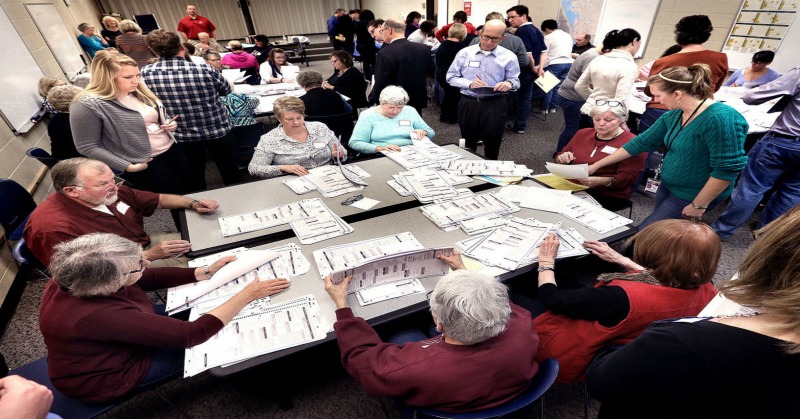 As we all know, Jill Stein has attempted to extend her five minutes of political fame by leading the charge for a recount of votes for the presidential election. Despite the fact that the results would only affirm her irrelevancy, Stein, like a smelly neighborhood cat, just won’t go away.

And, sadly, her charge is gaining momentum.

In the latest update of the presidential election recount, a judge has ordered that all Michigan ballots be recounted by hand.

This will all start today at noon.

According to the Miami Herald:

A judge has ordered a hand recount of Michigan’s presidential results to begin by noon Monday, and the Green Party is trying to force a federal court order for a statewide recount in Pennsylvania.

Green Party candidate Jill Stein is trying to force recounts in three states. The count is underway in Wisconsin. In Nevada, a partial recount of the race was requested by independent presidential candidate Roque De La Fuente.

Judge Mark Goldsmith issued his ruling early Monday that rejected an effort by Michigan state officials to wait two business days before starting to hand-count about 4.8 million ballots. The move increases the chances that the state could complete the count ahead of a Dec. 13 deadline.

Congratulations, Ms. Stein. You’re wasting people’s time, money, and energy to confirm what we already know–Donald Trump is president elect and you just can’t seem to step out of the spotlight.

That’s not very “Green” of you, if I don’t say so myself.