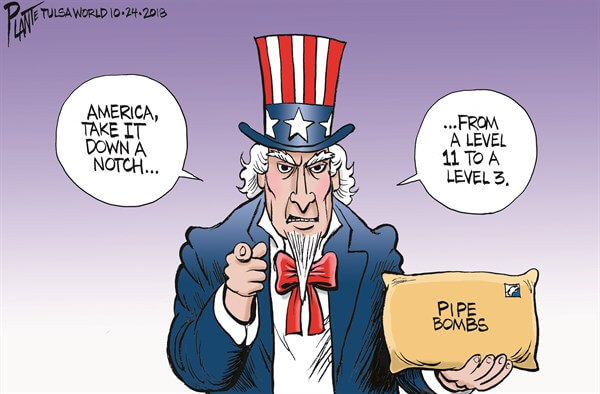 “Is it a stunt? Is it a dry run? Is it intended to lull us into some false sense of security. Ahh it’s just powder, it’s not a real bomb. The guy doesn’t know what he is doing. I don’t want to scare people. But this is what law enforcement is speculating,” he continued.

Potential explosive devices were sent to Bill and Hillary Clinton’s residence and former President Barack Obama, in addition to other prominent politicians and CNN’s New York bureau Wednesday. Billionaire George Soros also received an explosive device in his mailbox at his home in New York Monday.

Napolitano said the death penalty is off the table as no one has yet to be harmed or killed from any of the devices and said the bomber was trying to send a political message.

“Because nobody has yet been harmed the death penalty is not applicable,” Napolitano said, adding:

“This is obviously an effort to send some sort of a political message. This is not terrorism, an act of terror requires two acts of violence intended to change the policies of the government. That’s the federal statute. But it is terroristic in that it terrifies and it frightens and it’s aimed at a class of people.” 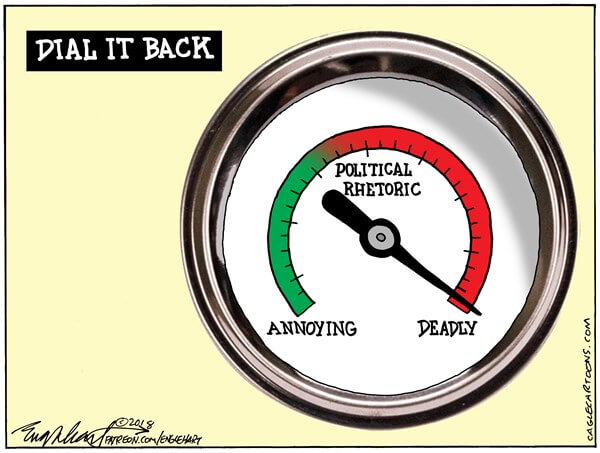