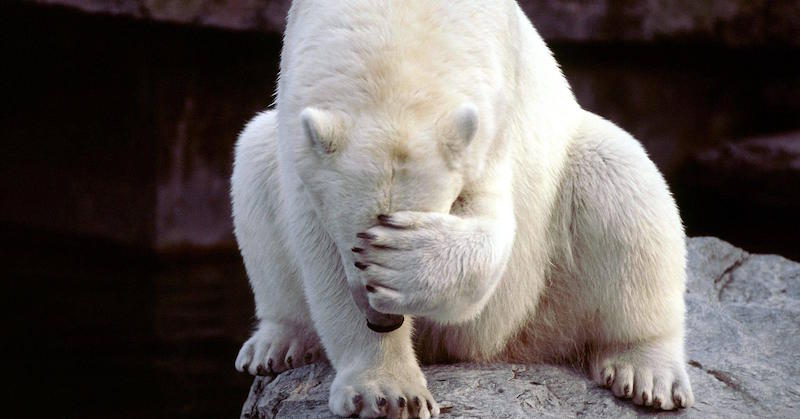 That’s what a federal judge ruled in a case where a bunch of kids filed a lawsuit against the federal government and the energy industry in perhaps the silliest case in years.

Federal District Court Judge Thomas Coffin ruled Friday that the federal government is violating the Constitutional rights of the plaintiffs – all between 8 and 19 years old – by burning fossil fuels and causing global warming that will harm them in the future.

The kids made the argument – which the judge bought – that their “equal protection rights” in the Fifth Amendment and their “implicit right” in the Ninth Amendment, were being violated because carbon dioxide emissions are “are infringing the plaintiffs’ right to life and liberty in violation of their substantive due process rights.”

“Accordingly, the court should decline to dismiss the complaint for failure to allege a substantive due process claim.”

The lawsuit was filed by a group called “Earth Guardians,” apparently led by a self-described “15-year-old indigenous change agent” with the name Xiuhtezcatl Tonatiuh Martinez.

Martinez – an American Indian kid from Colorado who doubles as a hip-hop artist – claims that he’s suffering great harm by the continued use of “fossil fuels.”

“Xiuhtezcatl’s home, including the forests that he relies upon for his spiritual, physical, emotional, and mental wellbeing, will continue to die and burn as climate change worsens,” the lawsuit reads. “Water will become increasingly scarce, adversely impacting every aspect of his life.”

It’s one thing to encourage kids to be idealistic and take action and all that. It’s quite another to give their sketchy arguments constitutional legitimacy. But that’s just what Judge Coffin is doing – and boy, these kids feel emboldened now. An article in Forbes dripped with praise for these dopey kids:

But the issue was most eloquently stated by one of the teenage plaintiffs herself, “The future of our generation is at stake,” said 16-year-old plaintiff Victoria Barrett. “People label our generation as dreamers, but hope is not the only tool we have. I am a teenager. I want to do what I love and live a life full of opportunities. I want the generation that follows to have the same chance. I absolutely refuse to let our government’s harmful action, corporate greed, and the pure denial of climate science get in the way of that. If anything, I’m going to use my positive energy to show my government that I won’t let my world stop for them.”

“Our generation will continue to be a force for the world.”

Good for them. Fun time’s over, kids. It’s bedtime. The grownups need to be in charge again.