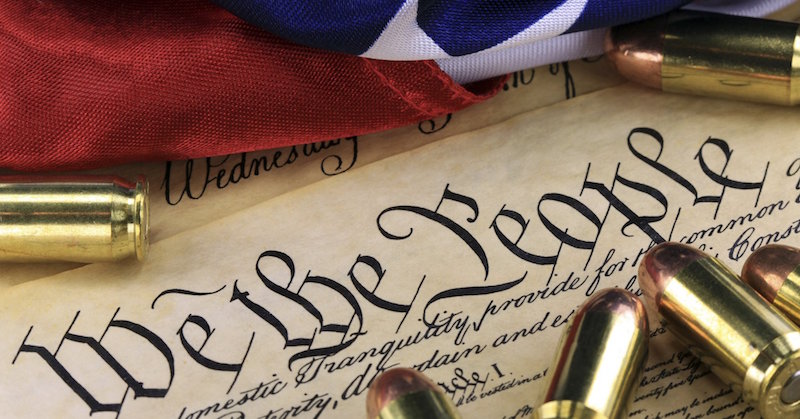 In a bizarre ruling that clearly violates federal law, a Connecticut judge ruled that a lawsuit against the maker of the gun used in the Sandy Hook shootings can move forward.

The judge refused to dismiss the lawsuit – brought by ten families affected by the December 2012 massacre – against the maker of the Bushmaster AR-15 rifle used in the shooting.

The three gun makers argued the lawsuit should be tossed because it is in violation of the Protection of Lawful Commerce in Arms Act, (PLCAA)a 2005 law that provides gun makers general immunity from civil lawsuits. State Judge Barbara Bellis reject the motion for dismissal.

The families suing the gun makers argued that the rifle shouldn’t be “entrusted to the general public” because it it s a military style assault weapon unfit for civilian use. Their argument is the gun makers should have known about the high risk posed by the weapon, including that it can inflict mass casualties in a short period of time.

Of course – the AR-15 used in the tragic shooting was – by all accounts – free of defects and functioning normally. The sale wasn’t in question, because the shooter’s mother bought the gun and she had no criminal record.

In letting the lawsuit go forward, the judge didn’t specifically cite the PLCAA, instead simply ruling she had jurisdiction to hear the case. It’s possible Judge Bellis could rule at a later date that PLCAA applies and still toss the lawsuit.

Barbara Bellis was appointed by former Republican Governor John Rowland, a Republican. As HotAir.com points out, unless the entire legal system has been entirely turned on its ear, this lawsuit should be tossed out sooner or later.

Liberals are desperate to win a victory suing gun manufacturers so they can establish precedent.

Hillary Clinton has already said she would actively pursue lawsuits against gun makers when someone uses a weapon “irresponsibly.” Even Bernie Sanders said he’s not in favor of this tactic because it would “shut down the entire industry.”

This is one of the greatest dangers to gun ownership. It’s a back-door step toward mandated trigger locks and smart guns for all firearms.

And if “smart gun” technology, we’re looking at the end of gun sales in America. New Jersey already passed a law that requires all guns sold in the state be “smart guns” three years after the technology hits the market.

Follow the gun grabbers’ bouncing legal ball and it always ends up in the same place: A ban on private gun ownership. That’s always been their goal.