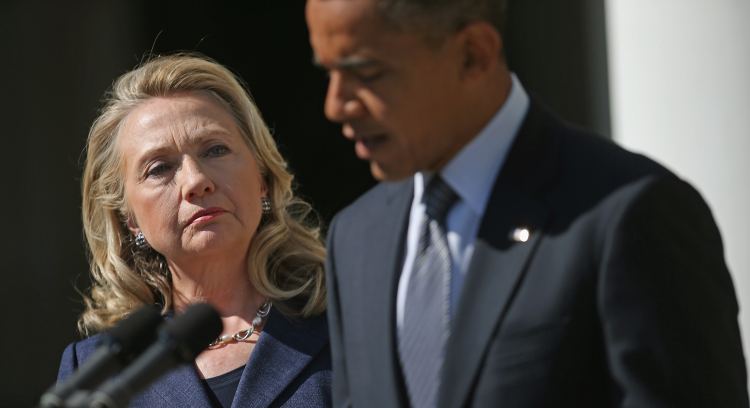 While this is not surprising news, it’s the first time we’ve had confirmation of this!

Judicial Watch announced today that on April 18, 2014, it obtained 41 new Benghazi-related State Department documents. They include a newly declassified email showing then-White House Deputy Strategic Communications Adviser Ben Rhodes and other Obama administration public relations officials attempting to orchestrate a campaign to “reinforce” President Obama and to portray the Benghazi consulate terrorist attack as being “rooted in an Internet video, and not a failure of policy.” Other documents show that State Department officials initially described the incident as an “attack” a possible kidnap attempt.

The documents were released Friday as result of a June 21, 2013, Freedom of Information Act (FOIA) lawsuit filed against the Department of State (Judicial Watch v. U.S. Department of State (No. 1:13-cv-00951)) to gain access to documents about the controversial talking points used by then-UN Ambassador Susan Rice for a series of appearances on television Sunday news programs on September 16, 2012. Judicial Watch had been seeking these documents since October 18, 2012.

The Rhodes email was sent on sent on Friday, September 14, 2012, at 8:09 p.m. with the subject line: “RE: PREP CALL with Susan, Saturday at 4:00 pm ET.” The documents show that the “prep” was for Amb. Rice’s Sunday news show appearances to discuss the Benghazi attack.

The document lists as a “Goal”: “To underscore that these protests are rooted in and Internet video, and not a broader failure or policy.”

Rhodes returns to the “Internet video” scenario later in the email, the first point in a section labeled “Top-lines”:

[W]e’ve made our views on this video crystal clear. The United States government had nothing to do with it. We reject its message and its contents. We find it disgusting and reprehensible. But there is absolutely no justification at all for responding to this movie with violence. And we are working to make sure that people around the globe hear that message.

The Rhodes communications strategy email also instructs recipients to portray Obama as “steady and statesmanlike” throughout the crisis. Another of the “Goals” of the PR offensive, Rhodes says, is “[T]o reinforce the President and Administration’s strength and steadiness in dealing with difficult challenges.” He later includes as a PR “Top-line” talking point:

I think that people have come to trust that President Obama provides leadership that is steady and statesmanlike. There are always going to be challenges that emerge around the world, and time and again, he has shown that we can meet them.

The documents Judicial Watch obtained also include a September 12, 2012, email from former DeputySpokesman at U.S. Mission to the United Nations Payton Knopf to Susan Rice, noting that at a press briefing earlier that day, State Department spokesperson Victoria Nuland explicitly stated that the attack on the consulate had been well planned. The email sent by Knopf to Rice at 5:42 pm said:

Responding to a question about whether it was an organized terror attack, Toria said that she couldn’t speak to the identity of the perpetrators but that it was clearly a complex attack.

But based on the best information we have to date, what our assessment is as of the present is in fact what began spontaneously in Benghazi as a reaction to what had transpired some hours earlier in Cairo where, of course, as you know, there was a violent protest outside of our embassy–sparked by this hateful video.

The Judicial Watch documents confirm that CIA talking points, that were prepared for Congress and may have been used by Rice on “Face the Nation” and four additional Sunday talk shows on September 16, had been heavily edited by then-CIA deputy director Mike Morell.