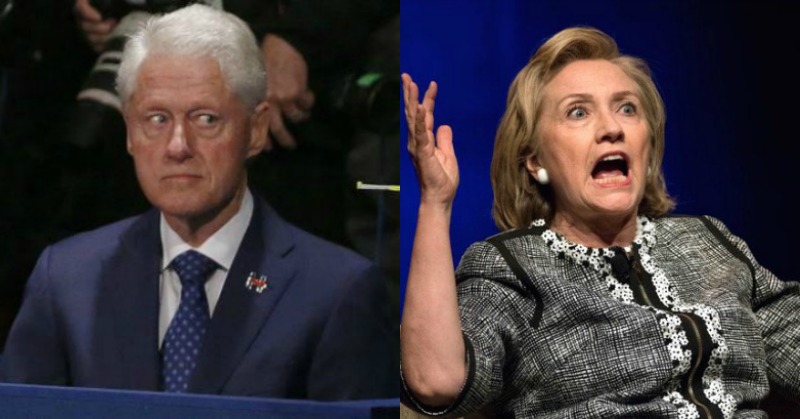 A two-terabyte drive containing emails from the White House under former President Bill Clinton has presumably been stolen from the National Archives, according to an email posted by WikiLeaks on Twitter.

Here’s a bigger version of the email in case the above is too small: 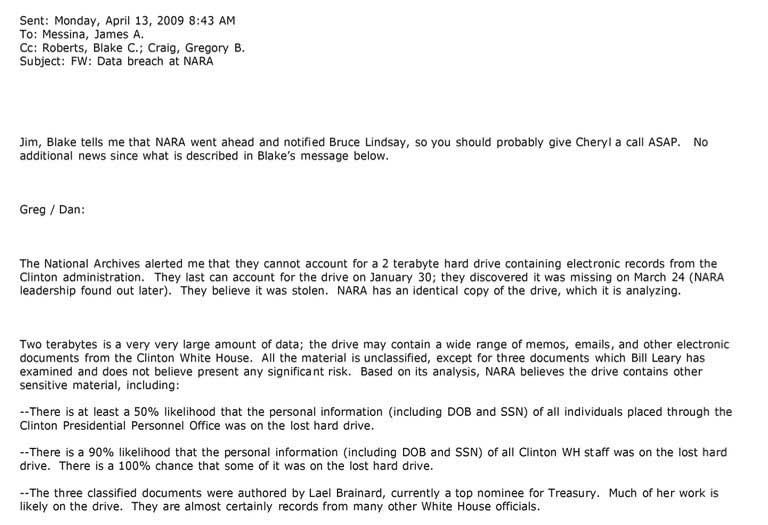 According to the email, the three classified documents on the drive, which NARA had a copy of, were examined by Bill Leary and do not “present any significant risk.”

Who knows if anything will come of this, but it doesn’t bode well for the Clintons, who are mired in scandals left, right, and center.

That’s what happens when you spend your life neck-deep in corruption, debauchery, and disturbing criminal behavior. The chickens may have come home to roost. Let’s hope so.