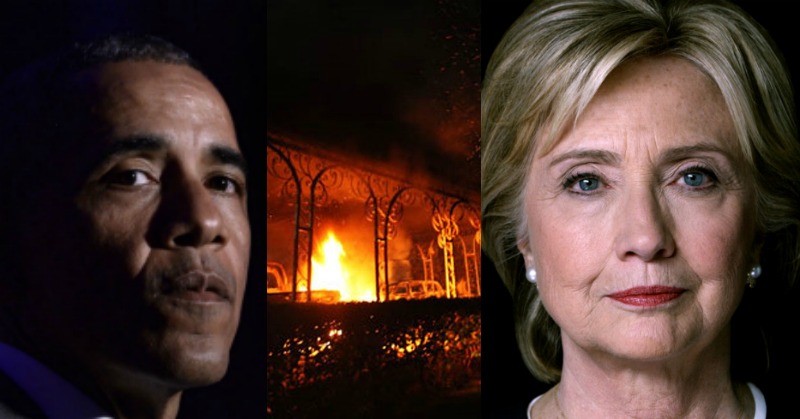 This is huge. The State Department recently said in court that communications between former Secretary of State Hillary Clinton and the Obama White House on the day and week of the Benghazi terror attack on Sept. 11, 2012, are missing, even though records show that they took place.

Although records show that these communications did in fact take place, neither the State Department or the FBI can find them. How convenient.

As the FBI pursues thousands of emails that Clinton deleted from her private server and bleached with a software program called BleachBit, Americans are wondering which communications Clinton deleted and which ones she preserved.

Breitbart News has obtained the text of a ruling in the U.S. District Court for the Southern District of Florida, West Palm Beach Division, in the case Kawa v. U.S. Department of State.

State Department Operations Center Watch Logs show that President Obama was “patched” to Secretary Clinton at 10:27 PM Eastern Time (4:27 AM local Benghazi time), on the night of September 11, 2012, as the attack in Benghazi was unfolding. It took Obama more than six hours to appear in the Watch Log after the White House convened an emergency conference call of top officials.

Judicial Watch represented Kawa in his FOIA suit, which resulted in the huge reveal about the missing communications in September, via a “Status Report” filed by the Department of Justice on the State Department’s behalf. From the Status Report (bold for emphasis is mine):

In accordance with this Court’s order of August 25, 2016, the U.S. Department of State submits the following report on the status of its search for records responsive to Plaintiff’s Freedom of Information Act request. As this Court is aware, the State Department recently received seven discs of material from the Federal Bureau of Investigation. The Department has now completed its search of the material contained on six of those seven discs. No records responsive to Plaintiff’s FOIA request were found.

This is precisely what many on the right have been talking about for years now. Despite Clinton’s claim that the deleted emails were just yoga and wedding planning, it was obvious that there was more.

Given what we already know about Benghazi, it was also obvious that Clinton failed and was responsible for the deaths of four Americans. These “missing communications” may well be the link that fleshes out what many of us already know thanks to logic, common sense, and the facts surrounding the terror attack.