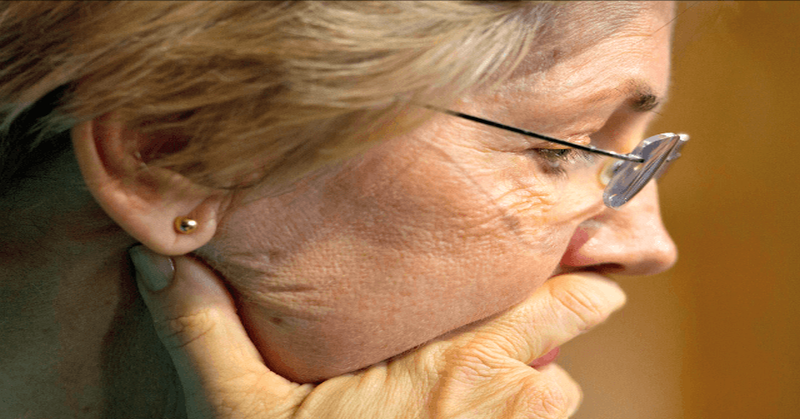 Democratic Sen. Elizabeth Warren is under fire after lecturing about ethics and financial transparency in the  Washington Post.

Warren is a professional hypocrite.

She claimed to be a “woman of color” teaching at Harvard, hoping to get tenure for dubious publication of her heritage.

She claimed minority status as a Native American for employers, with no evidence of heritage, relying solely on family rumors.

A U.S. senator who took advantage of a loophole in ethics laws to avoid disclosing a $1.3 million credit line against her home is now warning that incomplete financial disclosures from cabinet nominees put the country at risk.

Sen. Elizabeth Warren’s (D., Mass.) warning came in the Washington Post, where she wrote that “it is critical that each nominee follows basic ethics rules to ensure that they will act for the benefit of all the American people.”

Warren argued that financial disclosures are needed to “reveal potentially damaging information that may undermine fitness to serve” and that nominees with “complex financial histories” need to be “forthcoming and transparent.”

It’s quickly becoming the winter of her discontent for U.S. Sen. Elizabeth Warren. No matter which direction she looks, she faces political headaches.

From the right, a fresh barrage of stories broke this week about the mysterious $1.3 million line of credit on her Cambridge home, a development first reported by the Boston Herald in 2015. For two years in a row, Warren failed to list it on the financial disclosure form all senators complete each year.

The purpose of the line of credit remains murky, and Warren’s staff claims she is not required by law to report it.

How much has Warren put the country at risk? She obviously agrees that she has, since she hid potentially damaging information and failed to live up to her praises of financial transparency.

But Warren isn’t talking about her own “complex financial history.”

She excludes herself from all her words of criticism, as she must in order to be taken seriously, since her own background discredits her.

“Another example of this shady lady in action — she claims to fight for the downtrodden, but checks the box to claim minority status, takes zero-interest loans from Harvard to buy her mansion, says in 2012 that she doesn’t own stocks, only mutual funds, claims to be the ‘intellectual mother’ of the Occupy movement until it turns into a PR disaster — is anyone suprised by this latest?” Boston talk radio king Howie Carr tells Breitbart News.

“Surely not Bernie Sanders, whom she refused to endorse!” Carr notes.

The revelation of the existence of this previously undisclosed line of credit leaves Warren, who presents herself as a champion of the common people, vulnerable to charges of hypocrisy.

Warren embarrassingly forgets that her status as a hypocrite is public knowledge.

It would be easier for her to hold a position as a moral superior to those she attacks if only she hadn’t been caught being bad so many times.