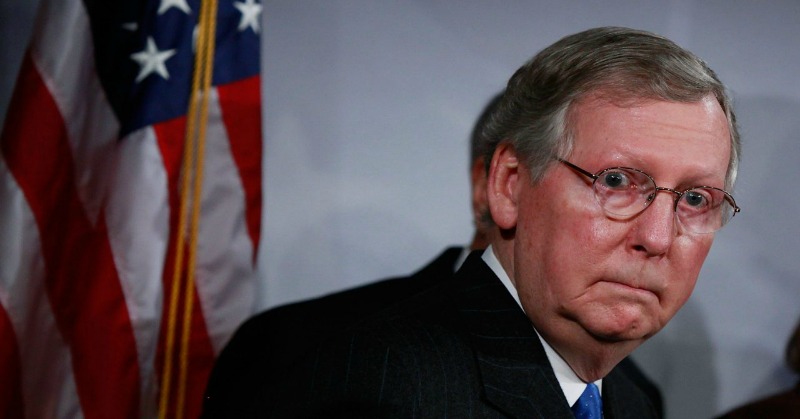 According to multiple photos posted by The Huffington Post’s Front Page Editor Philip Lewis, a rather large group of protesters has surrounded the house of Mitch McConnell.

Right now, there are about 200 protestors outside of Mitch McConnell’s house in Louisville. Reading Coretta Scott King’s letter. pic.twitter.com/sepuhDcohh

I’m going to assume this is happening because McConnell silenced Fauxcahontas (Elizabeth Warren) for violating Senate decorum, and liberal snowflakes can’t handle being told “no.”

I assure that if the Tea Party had done something like this back in the day, we would have been called violent, hateful, fascist and… well basically all of the things that Republicans and conservatives are called right now, actually.

These people need to accept that they lost, and they also need to do their research and stop using the King’s name to be hateful, like Alveda King asked of you.