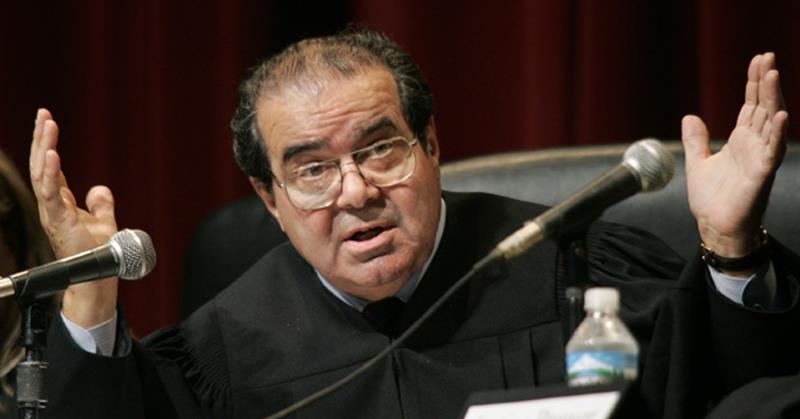 When late Supreme Court Justice Antonin Scalia wrote the dissent for Obergefell v. Hodges, the groundbreaking case that declared gay marriage a right in 2015, he issued an eye-opening warning about the future of American democracy.

“I write separately to call attention to this Court’s threat to American democracy,” Scalia wrote.

“This practice of constitutional revision by an unelected commit­tee of nine, always accompanied (as it is today) by extrav­agant praise of liberty, robs the People of the most im­portant liberty they asserted in the Declaration of Independence and won in the Revolution of 1776: the freedom to govern themselves.”

His point was that by declaring gay marriage legal on the federal level, the Supreme Court violated the rights of those states whose constituents preferred that gay marriage remain illegal.

“Today’s decree says that my Ruler, and the Ruler of 320 million Americans coast-to-coast, is a majority of the nine lawyers on the Supreme Court,” Scalia continued.

Scalia essentially argued that the Supreme Court officially overstepped its bounds when it legalized gay marriage. Instead of acting as a judge, the court took it upon itself to identify what constitutes a liberty in America.

What makes this threat even more frightening is that President Barack Obama is now poised to try and replace Scalia, who died this past Saturday, with a liberal justice, thus giving liberals a majority in an already over-politicized Supreme Court.

Politicization of the Court is dangerous because it primes the public for a power grab by the political branches. If the Court loses authority to check political power and make unpopular decisions, it cannot enforce the Constitution with the same effectiveness. Without enforcement of the Constitution, Congress is free to invade constitutional rights and exceed its lawful powers.

Scalia’s fear was that this had already occurred. What with him having just passed, R.I.P., I fear that he was indeed right …